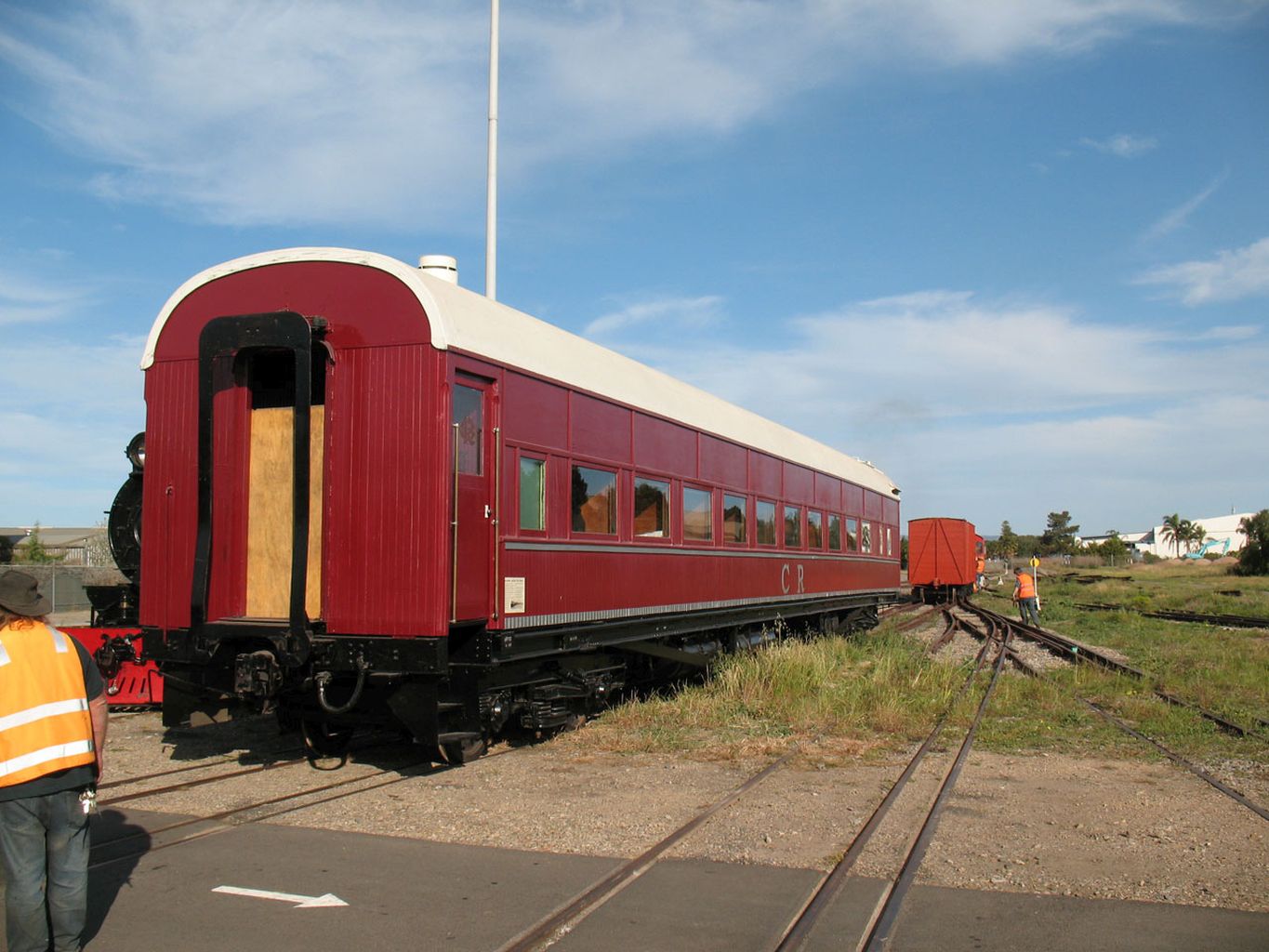 AR33 was built in 1920 by the Commonwealth Railways for use on its standard gauge 4’ 8½" (1435mm) Port Augusta to Kalgoorlie service. It was the first of a new larger style of wooden carriage that featured a turtle back roof, roomy interior and a chocolate and cream livery.

It remained basically unaltered until 1953 when it was given a major rebuild, fitted with air conditioning and painted maroon.

In 1966 it was fitted with narrow gauge (1067mm) bogies and transferred to Marree. After being on the last narrow gauge Ghan in 1980, it was converted back to standard gauge and allocated to the breakdown train at Alice Springs.

By 1990 it had become surplus to requirements and was placed in storage at Port Pirie, where unfortunately it was heavily vandalised. In 1995 it was offered to the Museum, being delivered by road on 29th November 1995.