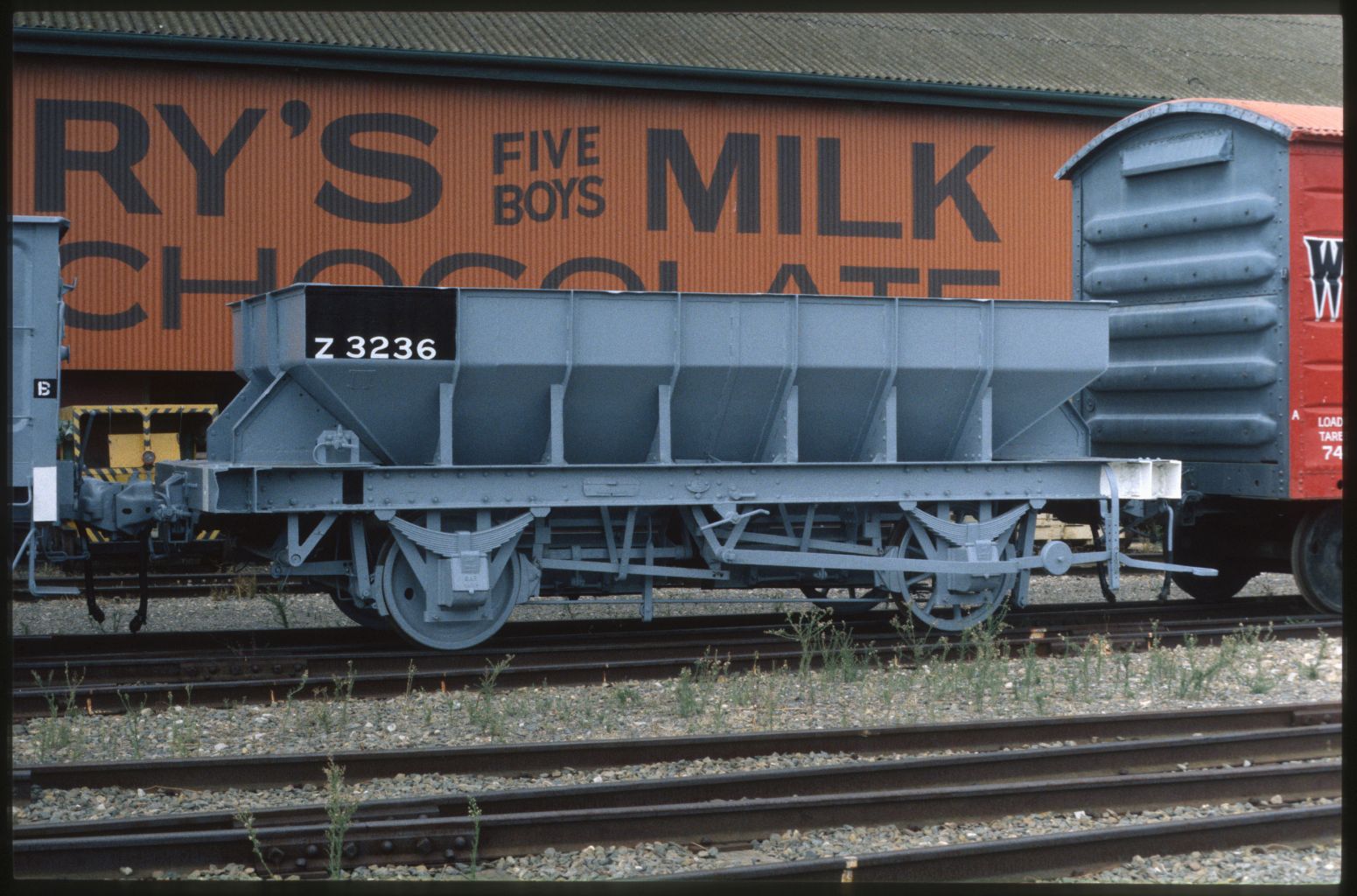 Hopper wagons were used to carry bulk commodities such as grain, coal or iron ore, which was usually loaded from overhead conveyors or bins and unloaded through doors in the bottom of the wagon into bins or silos. Today’s hoppers are large vehicles carrying up to 100 tons (100,000kg) but, in 1913, when the Z-class were introduced, 16 tons (16,000kg) was an average load. Ninety-three were built between 1913 and 1916 and were primarily used for the carriage of coal. In later years they were used as ballast wagons, and this is how 3236 finished its days working for the State Transport Authority. After being held in storage at the Penfield sidings for some time it was acquired by the Mile End Railway Museum on 30th April 1983, and eventually moved to the museum on 5th June 1987.

Built by James Martin & Co. of Gawler in 1916, No. 3236 is the only representative of the large number of goods wagons built by this company to be placed in the museum.