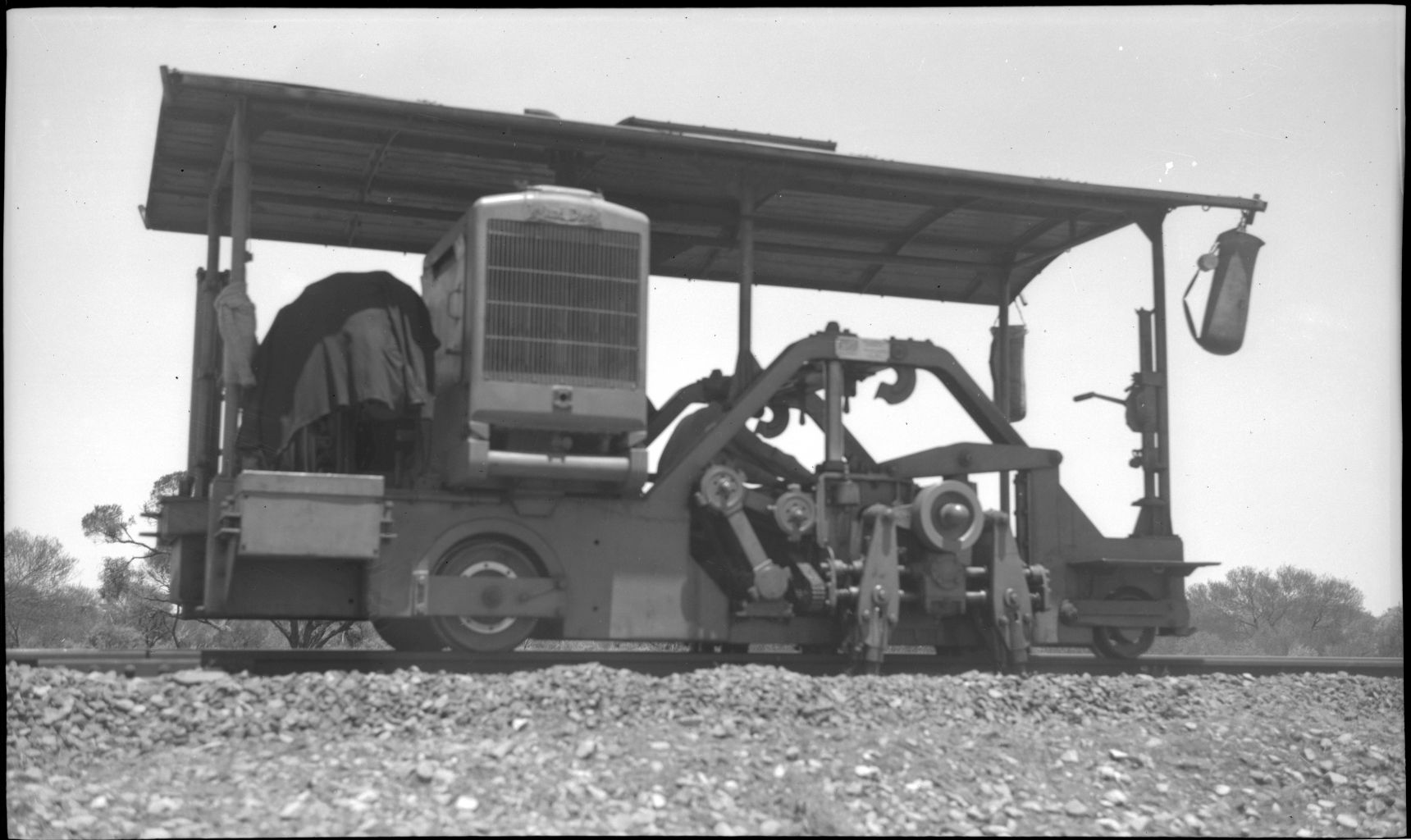 Early in 1949 the South Australian Railways became interested in automatic tamping machines, which compact the stone ballast under the sleepers of the track automatically by vibration with horizontal compression through tamping tools. At this stage the Commonwealth Railways had placed an order for one standard-gauge tamper and the Victorian Railways had ordered two broad-gauge tampers.

In mid-1949 an order was placed upon the Matisa Equipment Co., London, (agents for Materiel Industriel SA, Lausanne, Switzerland) for a broad-gauge tamper which was constructed in England and placed in service in September 1950. Compared with the manual methods then in use for compacting ballast, considerable savings in manpower were envisaged. This tamper had a diesel engine for propulsion of the unit and for powering the air compressor which supplied air for the vertical reciprocation of the 16 tamping tools, while the vibratory and packing movements of the tamping tools were by means of chain drives. The tamper was fitted with a Leyland diesel engine of approximately 70 horsepower capacity and had four forward and four reverse speeds up to a maximum speed of 25 mph (40.23km/h)

After nearly 20 years of service, mainly on main lines north and south of Adelaide, No. RP796 was retired in June 1970 but was reinstated in October 1972 and renumbered RP73/72 (after some repairs) for tamping rail joints only in the metropolitan area (as opposed to its former use for tamping of main line running track). It was finally retired in March 1976.