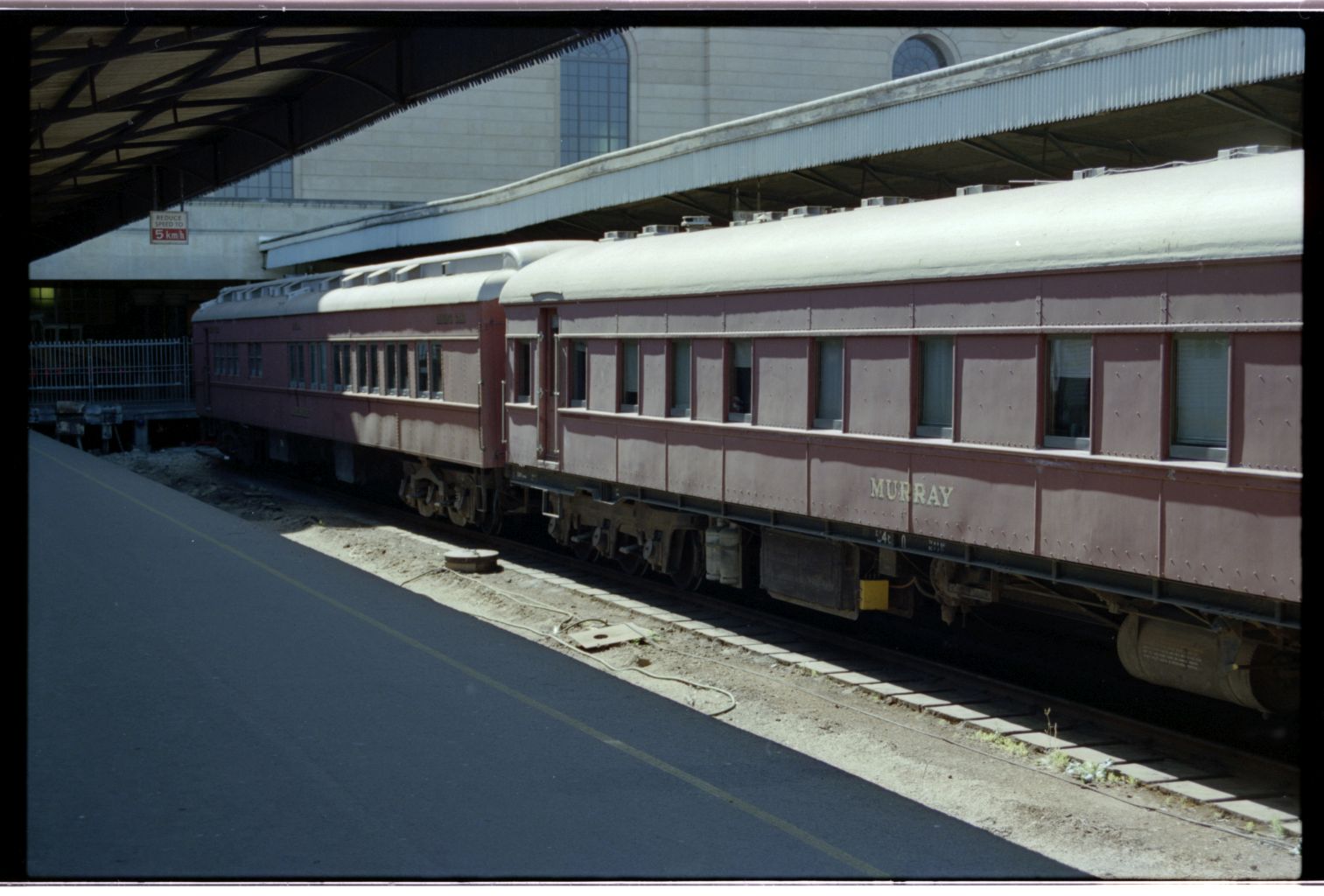 In May 1933, the South Australian Government authorized the expenditure of $15,000 for the construction of a new inspection car for the Railways Commissioner.

The Murray car was the last timber bodied car built at Islington Works and when introduced on 1.10.1934 was claimed to be the most up-to-date car of its kind in the Commonwealth. The frame work is Tasmanian Blackwood and the internal panels are sliced Queensland Walnut. The car rides on two six-wheeled bogies imported from the U.S.A and weighs 52 tons. Sleeping accommodation is provided for 10 persons.

When introduced, the actual cost had risen to $19,954. This additional cost was incurred by providing a fairly high grade of equipment, fitting up and finish to make ‘Murray’ suitable for use by HRH the Duke of Gloucester on his visit to Australia in 1934. Murray was also included in the Royal train for HRH the Duke of Edinburgh, when he travelled from Murray Bridge to Adelaide in March 1974. A passenger brake van (No. 391) was also fitted with a generator to provide auxiliary power for Murray In the last days of steam, engine 621 was the Commissioner’s Engine and used to haul Murray.

The car is fitted with a speed indicator. In 1972, Murray was altered to operate on standard-gauge for inspection trips between Peterborough, Port Pirie and Broken Hill. When the Murray car is attached to any train, the observation end must be trailing whenever practicable. When the observation end is not trailing, the curtains must be drawn round such end and secured.