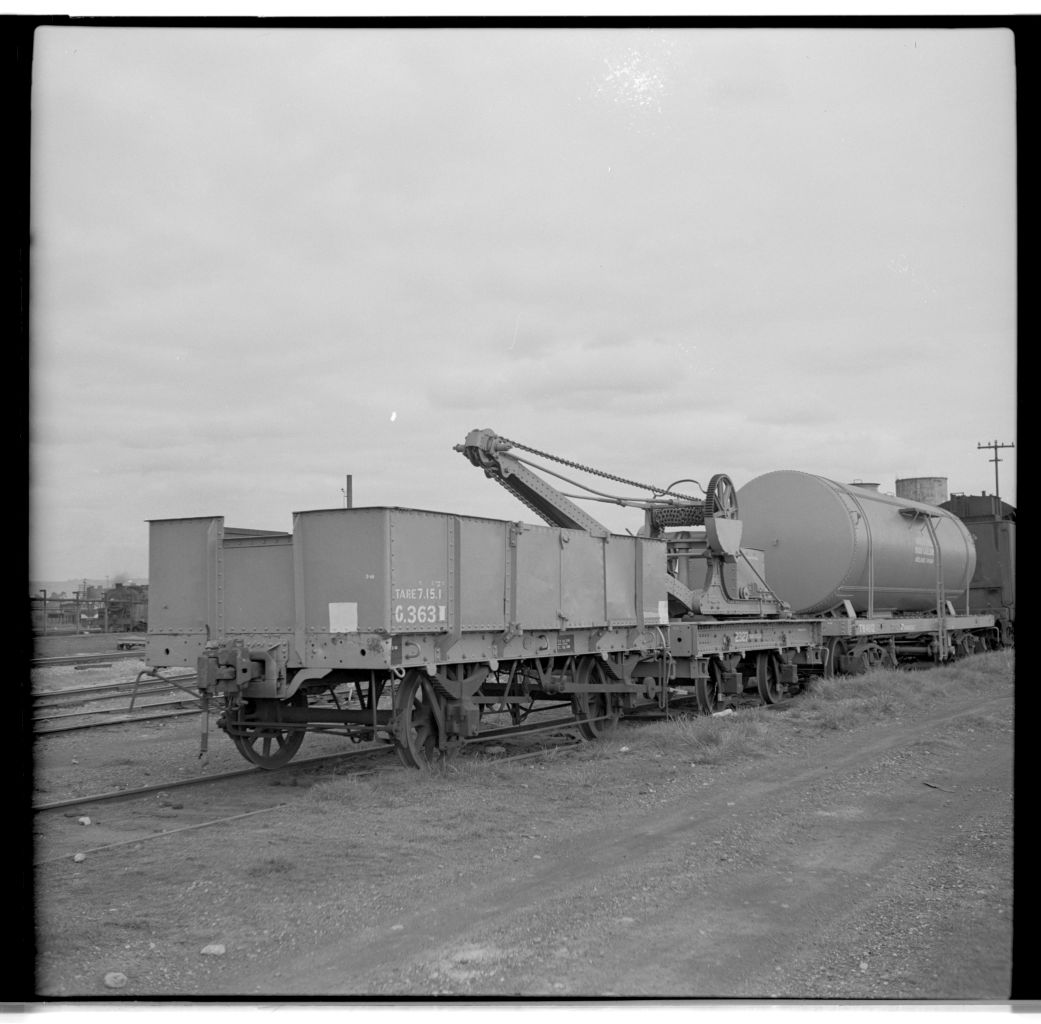 This is the match-wagon for the crane No. 2327. Built at the Islington Workshops in April 1902, it is one of 47 36’’ sided steel open wagons built between 1894 and 1903. Used to carry 11 tons of general freight they were soon eclipsed by the larger Y-class which were introduced in 1909. Most were converted to F-class flat wagons in 1932, and the remainder used for departmental purposes.