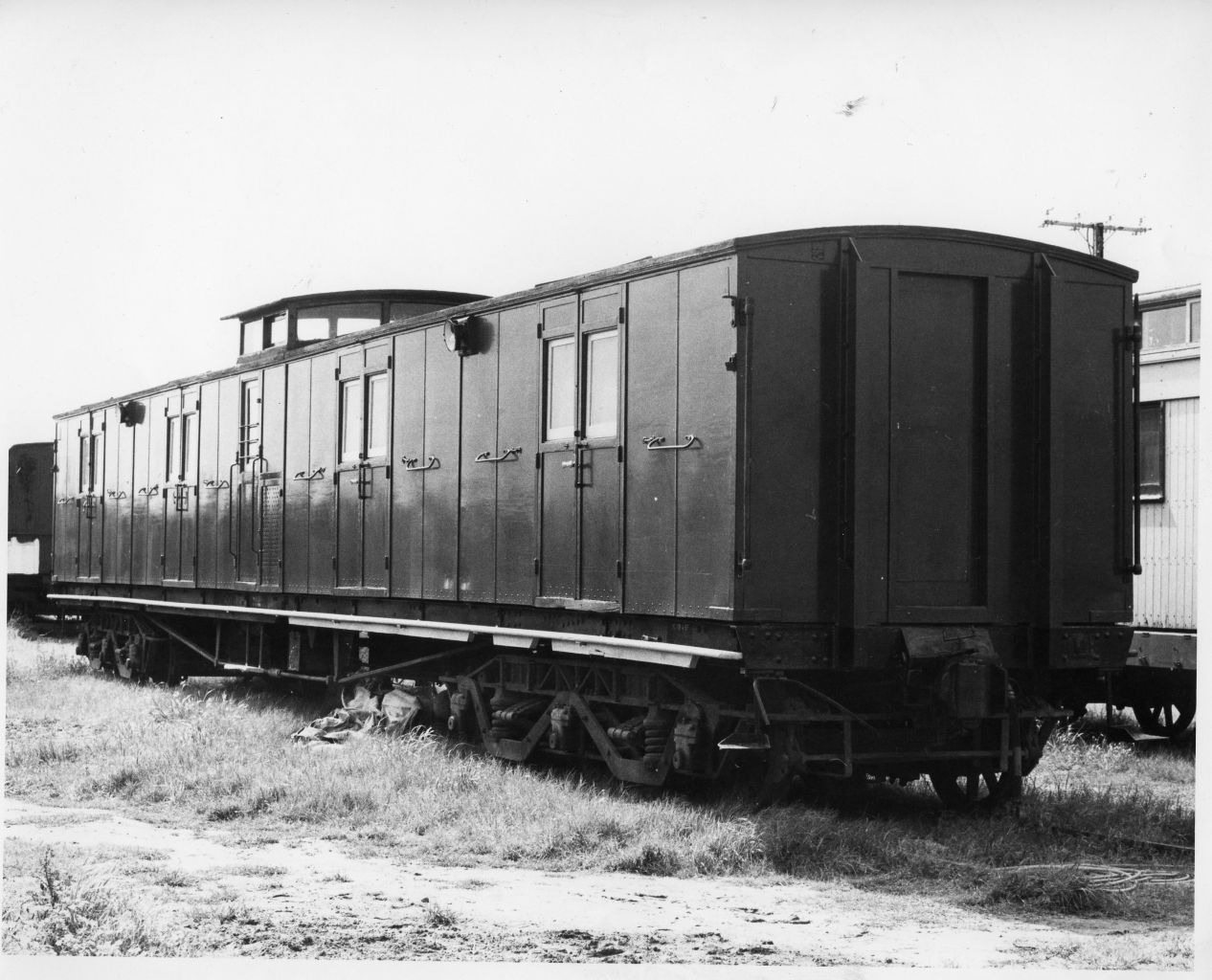 Until the 1960s the standard brake van on both passenger and goods trains consisted of the familiar flat-roofed van with a raised cupola in the centre, which enabled the Guard to see over the top of the train. The earliest passenger vans were short vehicles of less than forty feet, but in 1910 construction began on what was to be a class of long vans on two six-wheel bogies. These eleven ‘twelve-wheel brake vans’ were to become the standard main line passenger vans.

They became well known on the main lines to Terowie, Port Pirie, Barmera, Serviceton, Pinnaroo and Mount Gambier, and during the Second World War even saw some service on Second Division Overland trains to Melbourne.

Early on in their lives the vans were fitted with side lights for platform illumination at wayside halts. Originally fitted with standard tail discs for day use and electric corner markers, the vans were refitted in the 1920s with kerosene marker lamps. In the late 1930s the vans had their hook couplers and side buffers replaced with automatic couplers, and a few years later their ends were again changed when substantial anti-collision beams were installed together with sliding doors.

The vans were originally painted maroon, but in 1936 van 276 was painted hawthorn green to match the Centenary Train, and the other vans were all to follow suit. All remained green for the rest of their lives, except for 307, which was painted regal red in November 1964 to match the new AD and BD cars just issued for use on the Port Pirie line.