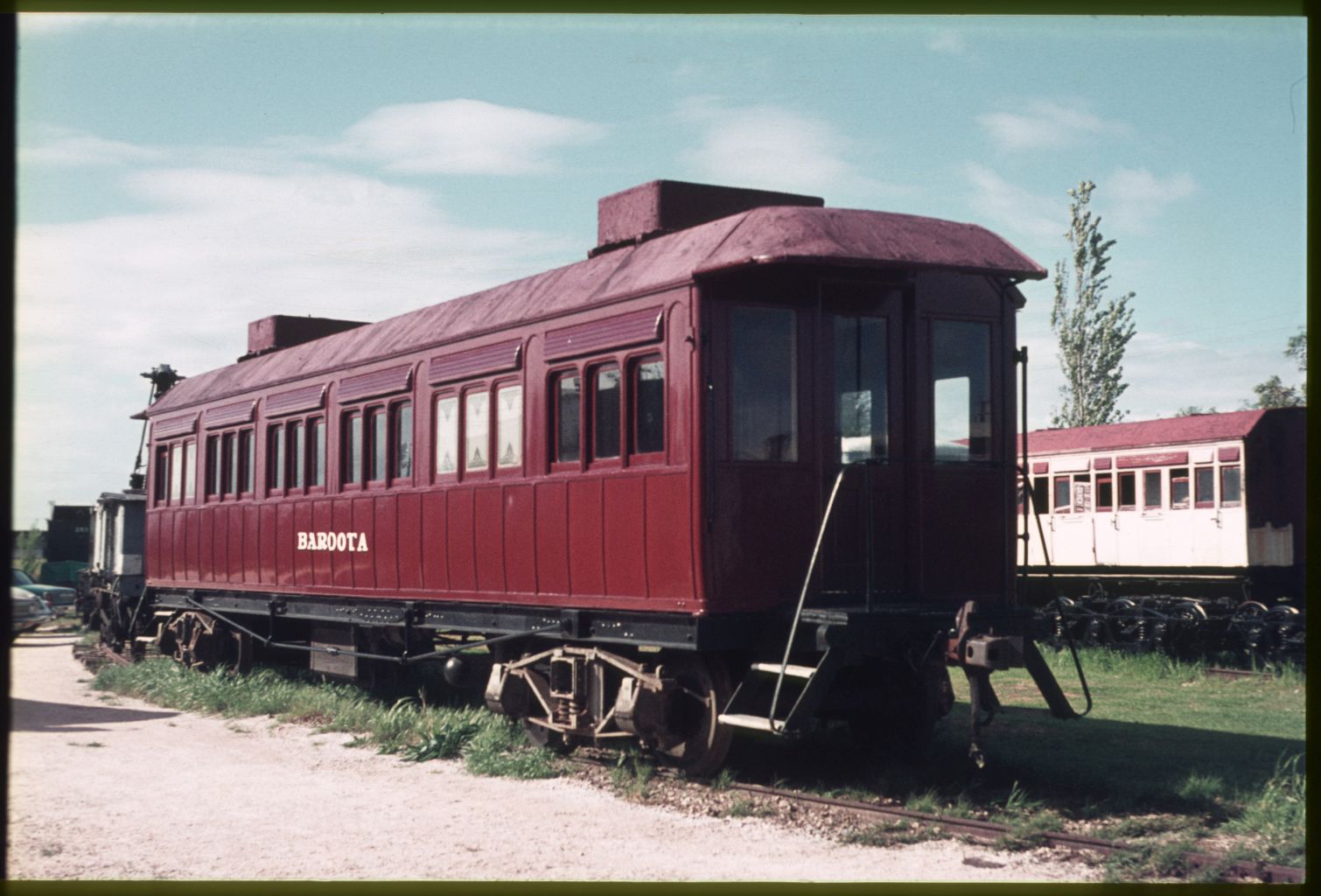 The carriages of the South Australian Railways were renowned for their longevity, if for nothing else. Thus, it is not surprising that some of them were 70 years old when the main line to Broken Hill was finally converted in 1970 from narrow to standard gauge, causing the wholesale condemnation of large numbers of narrow gauge carriages.

Most of these carriages followed the same body pattern - short, mansard type roofs over balcony style bodies. After the first few years when four wheelers were built, almost all had standard four wheel bogies. However, in 1888 it was proposed to build a series of six vehicles with six-wheeled bogies. The first three, 109, 110 and 111 were built as sleeping cars and issued to traffic in 1889 and 1890, but it was to be ten years before the other three saw the light of day. The next to be built was 112 in 1900, and this was completed as a sleeping car, while the last two cars, 113 and 114, were built as sitting up cars.

On 29th July 1907, Number 112, emerged from Islington in the guise of an observation car fitted with Stone´s electric light. She now carried either 14 sleeping or 18 day passengers, the end compartment having had its fixed seats removed and a table and four movable chairs fitted in their place. Also, the toilet, which had been in this compartment, was relocated in the adjoining compartment.

In 1913 a speed indicator clock and fan were fitted in this small saloon, and it is believed that the car was thereafter used as a Departmental car for the most part. On 6th June 1917, Number 112 was officially named Baroota.

For the remainder of its life Baroota was to retain its layout as an observation car, but having been replaced on the main line by the three new sleeping cars, Alberga, Nilpena and Coonatto, it was to see service in later years only as a standby sleeper or on special trains.

These twelve-wheel vehicles were to be the only such carriages to be built for use on the narrow gauge lines of South Australia, and spent all their lives on the Peterborough to Broken Hill main line.