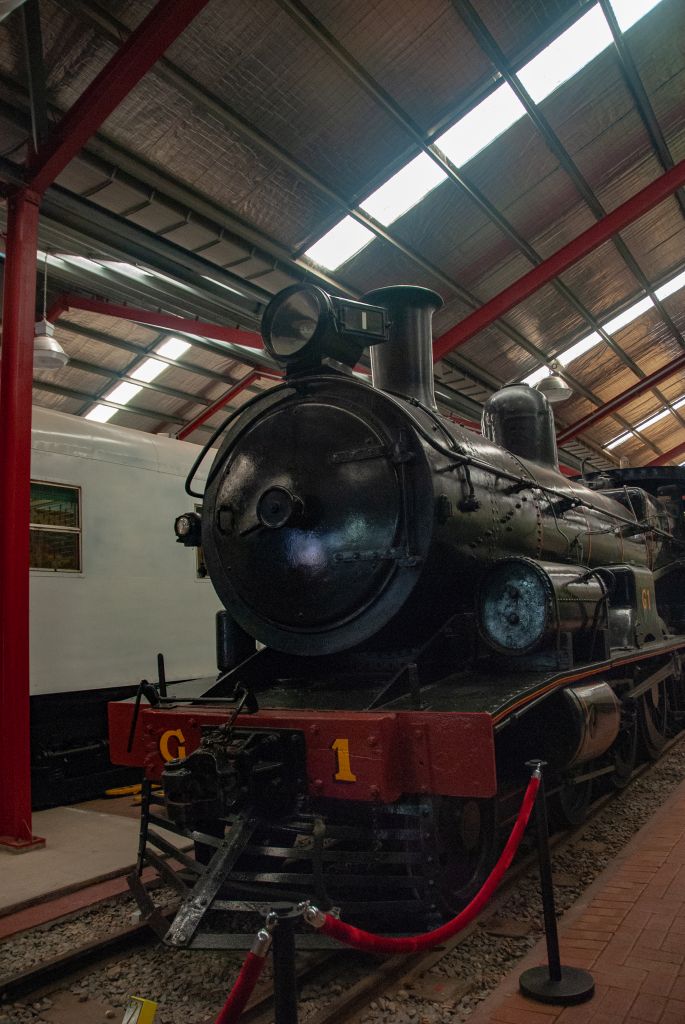 The Commonwealth Railways, precursor of the present day Australian National, was unique among Australian government railways in that it relied upon other railways, namely the New South Wales and Queensland Railways for its steam locomotive designs. The G-class were built to William Thow’s highly successful design for the NSWR’s P6 (later C32) class, introduced in 1892, and were the first passenger locomotives built for the Transcontinental Railway. Twenty-six were constructed between 1914 and 1917: four by Clyde Engineering, 12 by the Baldwin Locomotive Works and 10 by the Toowoomba Foundry. No. 1 was built by Clyde Works as No.126 of 1914, and was placed in service in March of that year.

The G-class spent 20 years hauling the ‘Transcontinental Express’ between Port Augusta and Kalgoorlie until displaced in 1936 by the larger and more powerful C-class. Thereafter they were relegated to working the ‘Mixed’ between Port Pirie and Port Augusta, hauling occasional goods trains, shunting and, during the Second World War, working troop trains.

Withdrawn from service in August 1946, No. 1 was not sent to the scrap roads at Siberia, Port Augusta, but because of its historical significance, was stored pending a preservation site. By the late 1960s this had still not eventuated and it was offered to the Mile End Railway Museum by the then Commissioner Mr. K. R. Smith. It was gratefully accepted and placed on display on 17th December 1969. On 14th July 1988 it made yet another journey when it was transported by road to the Museum.