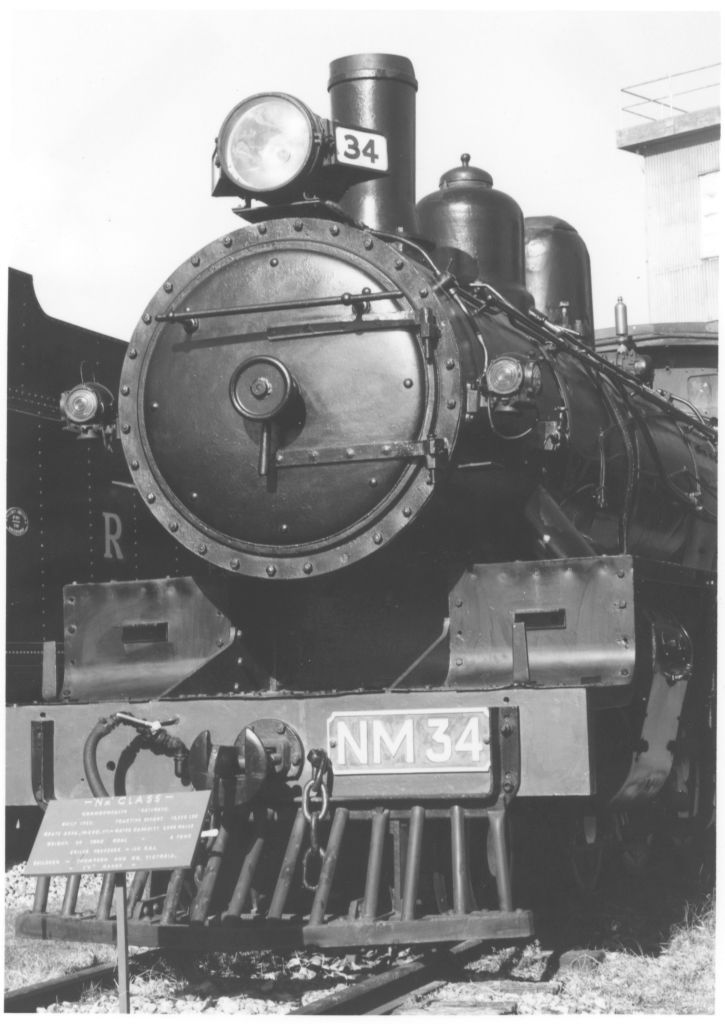 Nearly every Australian railway system designed and built its own steam locomotives. However, there was one major exception among the Government railways, and that was the Commonwealth Railways. Every class that they operated was one based on engines with proven experience in one or other of the States, or else were bought second-hand.

The NM class was no exception, being virtually a direct copy of the Cl7 class 4-8-0 of the Queensland Railways, which in itself was a development of the Cl6 class which had appeared back in 1903. The 22 NM’s were ordered as two batches from Thompson and Company of Castlemaine, Victoria, and all were built between 1925 and 1927. NM15 to 28 and NM31 to 37 were to become the mainstay of operations on the narrow gauge Central Australia line from Port Augusta to Alice Springs for nearly 30 years, although at times the volume of traffic was such that they had to receive assistance from the borrowed South Australian T’s. NM38 spent part of its life on the North Australia Railway, in and out of service. The NM’s were the locomotives which hauled The Ghan in steam days.

By the time the NSU diesels arrived in 1954, most of the NM’s were in poor condition and few survived for any length of time after that. One that did was NM34, which was retained at Quorn for use as a standby shunter, and during the 1960s made a few trips through the Pichi Richi Pass. After a handing over ceremony to the Museum by Mr K. A. Smith at Stirling North on 8th October 1967, NM34 became the last Commonwealth Railways steam engine to be used in traffic when, en route to the Museum, it hauled a special train through the Pichi Richi Pass to Quorn and Peterborough, double-heading with South Australian Railways T class No.199.