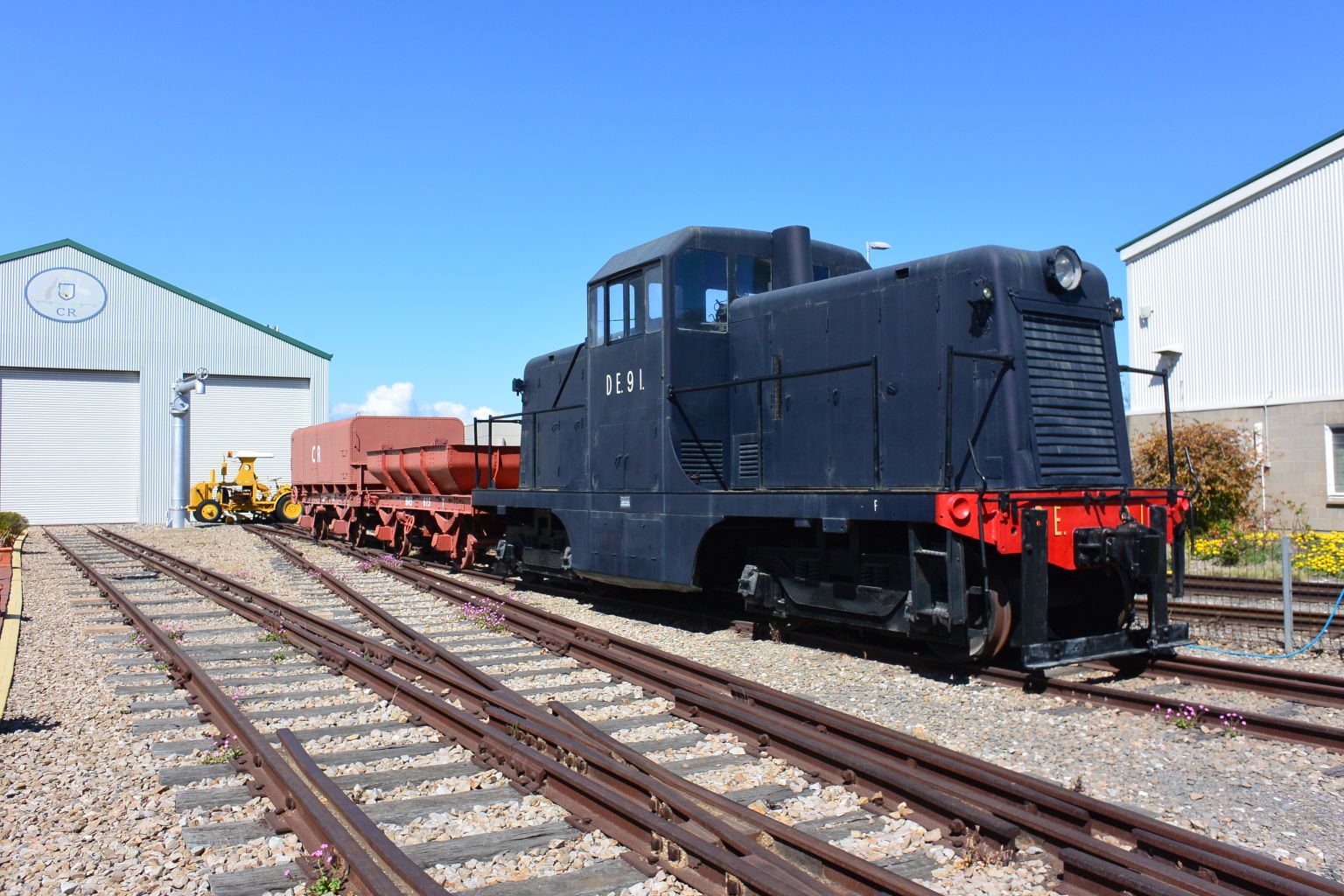 During World War II the Commonwealth Government purchased four diesel-electric shunting locomotives from the United States Army Transportation Corps for use at their munitions plant at St Mary’s, NSW. Built by the General Electric Company, Erie, USA, they were that company’s model GE44 Standard 44-ton Switchers, and were powered by two Caterpillar 190 hp. V8 engines which delivered 350 hp. to the traction motors.

In Australia they retained their USATC numbers 7920-7923 and when, at the end of the war, they were handed over to the New South Wales Railways they continued to carry these numbers and became the 79-class. They were employed as coaching shunters in Sydney yard and at the Eveleigh workshops.

In September 1948 the Commonwealth Government, through the Department of Supply, resumed ownership of Nos. 7921 and 7922 for use at the Woomera Rocket Range. In 1950 they were sold to the Commonwealth Railways, where they were classified DE, numbered 90 and 91, and put to work shunting at Port Augusta and Port Pirie. Both engines performed these duties until heavier loads required the use of MDH and GM class locomotives. In the 1970s No. 91 regularly worked construction trains for the building of the Port Augusta- Whyalla railway after which both were placed in store at Port Augusta and rarely saw service.

No. 91 was acquired by the Museum in 1986, but was held at Port Augusta until it could be accommodated at Port Adelaide. No. 90 was purchased by the New South Wales Rail Transport Museum at Thirlmere. During 2014 locomotive DE91 was cosmetically restored to its original Commonwealth Railways Blue Black livery.