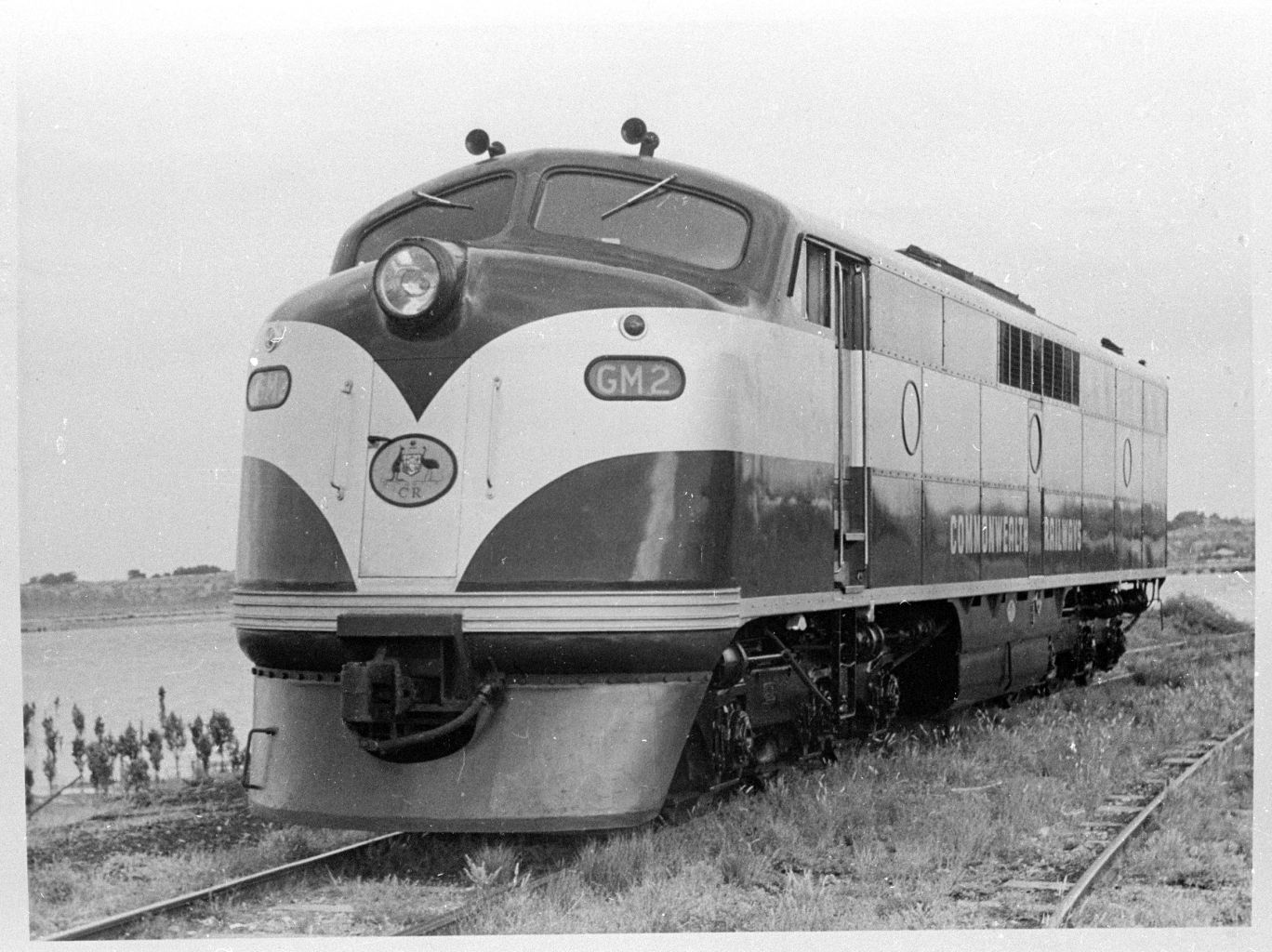 Dieselisation of Australia’s major railway systems got off to a slow start because of a lack of local builders capable of manufacturing this type of locomotive. As a result, initial orders were placed overseas, and it wasn’t until 1951, when the Clyde Engineering Co., of Granville, NSW, gained the licence to build General Motors EMD locomotives for the Australian market. Thereafter dieselisation proceeded at a rapid rate, checked only by the funds available. Other diesel builders emerged but Clyde retained the largest share of the market.

Clyde had built steam locomotives since 1907 and was fortunate in being one of the few steam locomotive builders to successfully make the transition from steam to diesel production. The eleven GM-class locomotives ordered by the Commonwealth Railways (Australian National’s Predecessor) were the first diesel-electrics to leave the Granville plant and the forerunners of almost 1300 units built to date.

Based on General Motors-EMD’s F-7 model, the design for the local product required considerable modification to conform to Australian loading gauges and axle load restrictions. This job fell to Fred Shea who produced a machine with a car body both lower and longer than its US counterpart. The resulting A-7 (ML1) model was highly successful. Also, whereas the North American units were carried on four-wheel bogies, the GMs required six-wheel bogies to distribute the weight for the lighter track then in use, the traction motors being mounted on the outer axles. They were given road numbers 1 to 11.

GM1 underwent its road trials over New South Wales Railways’ tracks on 24th August 1951 and on its delivery run ran as far as Albury. At Bandiana it was transferred to broad-gauge bogies and hauled the rest of the way to Port Pirie where it was once more lifted onto its own bogies. It was placed in service on 20th September. GM2, the museum’s engine, entered traffic almost a month later on 17th November. All 11 were working by 8th July 1952.

Forty-seven GMs were built, though 12-47 were more powerful locomotives rated at 1750 h.p. and equipped with six traction motors. To identify each type, Nos. 1-11 became the GM1-class and Nos. 12-47 the GM12-class. The CR also identified them as F-class (four motor) and S-class (six motor) in their Working Timetables.

Originally they were restricted to the ‘Transcontinental’ route between Port Pirie and Kalgoorlie but, as the standard-gauge network expanded, they ranged farther afield. Eventually they were to work in all mainland states except Queensland.

The success of Fred Shea’s modifications to the original design can be gauged from the fact that variations of it were ordered by the Victorian Railways, New South Wales Railways and the North-Western Railway of Pakistan. All the GMs passed to the control of Australian National on 1st March 1978, and the first were not condemned until 1988. Most have had a lifespan well in excess of 30 years and only now are they being displaced by the more powerful DL and EL classes.