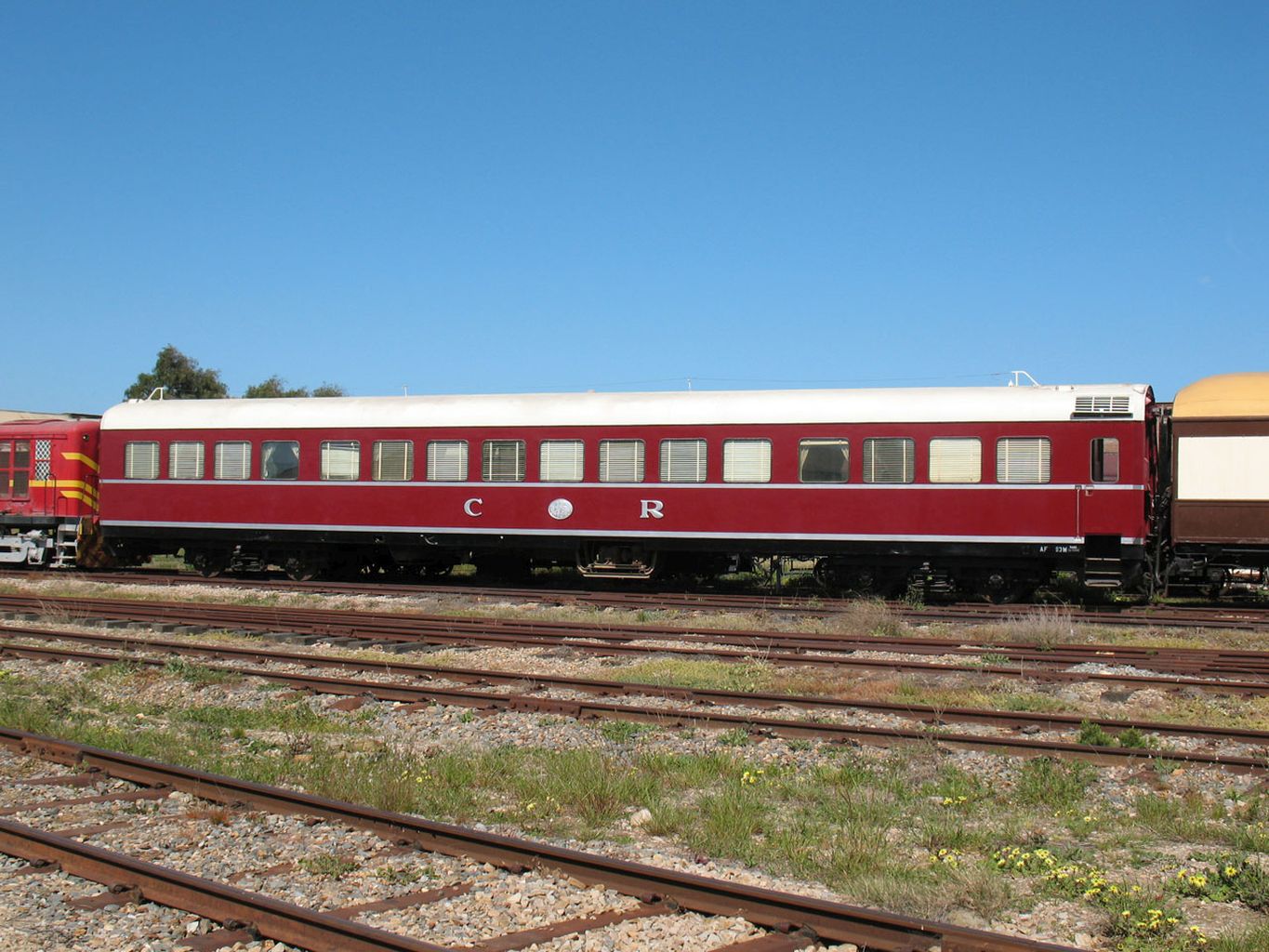 The gathering place for first class passengers was the lounge car. AFA93 is divided into three sections - smoking room, music room and ladies reading room. The panelling throughout was cut from the matched roots of elm trees, and scenes of various castles in the area in which the carriage was constructed are inlaid in various woods on the walls. The seats were upholstered in moquette, except for the smoking saloon which featured red leather. Externally the carriages had maroon sides banded with silver below the window line, a white roof and a black skirt below floor level. The letters C.R. on either side of an Australian coat of arms were attached to every carriage.

In 1964 AFA93 was transferred to narrow gauge (3 foot 6 inch gauge - 1067mm) for use on the Ghan until services ceased in 1980. Australian National then stored the carriage until it was donated to the Railway Museum in late 1995, arriving on site at the museum on 23rd February 1996.