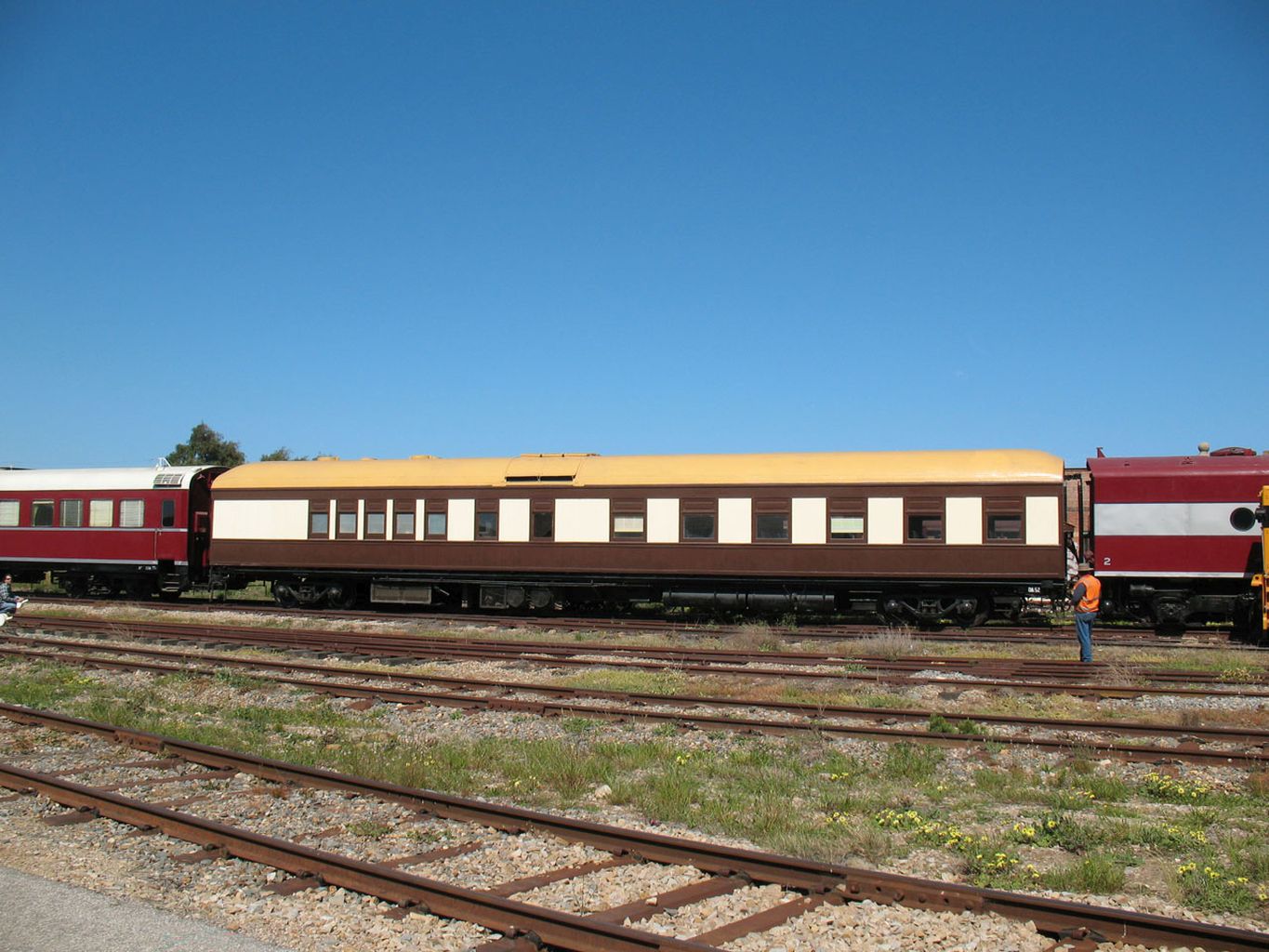 Dining on the Commonwealth Railways Trans-Australian was a luxury event. It featured the best menu and full silver service as the train carried its passengers between Port Pirie and Kalgoorlie. To meet this high standard, the Workshops at Port Augusta constructed dining car DA52, which entered service on 21st July 1930.

By all Australian standards of the time, it was an impressive vehicle. It measured 76 foot 7 inch (23.42 m) in length, 10 foot 6 inch (3.19 m) in width and was 14 foot 6 inch (4.41 m) high. The Commonwealth Railways were at that time constructing the largest wooden passenger carriages in Australia. Its exterior was painted in a livery of chocolate and cream with a mustard roof.

The interior featured ornate timber panelling made from Queensland Black Bean and expensive fittings. Monogrammed china, polished silver and flower arrangements adorned each of the 12 twelve tables that seated a total of 48 passengers.

To make dining more comfortable in the hot desert summers, the carriage was fitted with full Carrier refrigerated air-conditioning in 1939.

In 1954 it was fully overhauled, fitted for head end power, and painted in maroon. At that time modern lighting and equipment replaced the original fittings. With the advent of more modern rolling stock in the 1960s and 1970s, the car was relegated to less important use, eventually being allocated for departmental use on the standard gauge accident train in 1981, until being placed in storage in 1987.

In 1995 it was donated by Australian National to the Railway Museum, arriving on broad gauge bogies on 20th December 1995.