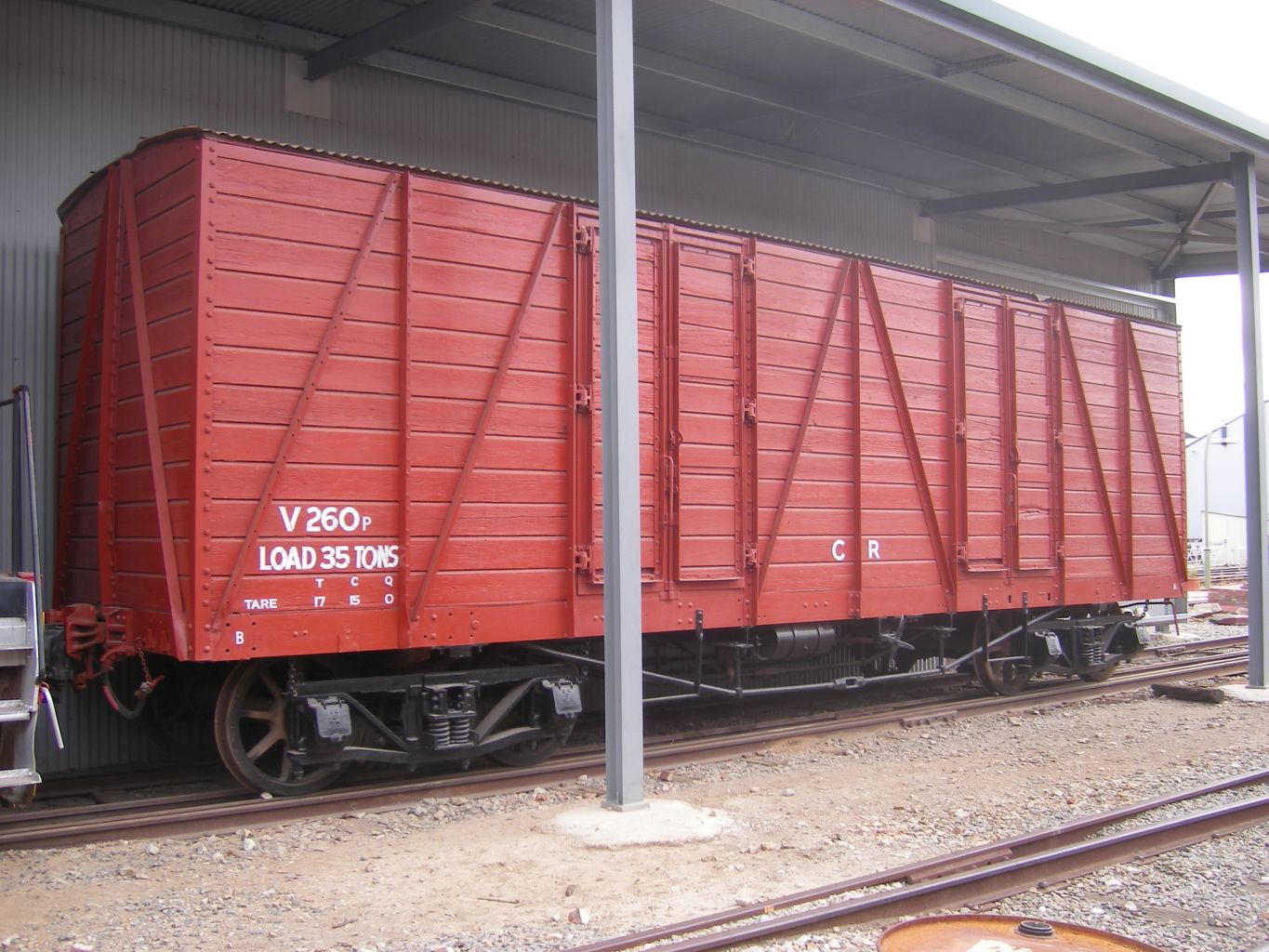 This van was built by Gray Bros. of Port Adelaide as an R-class Flat Wagon, and would have probably been used to carry rail for the construction of the Transcontinental Railway. A year or so later it was rebuilt as a G-class Open Wagon, and ran as such until 1940 when it was again rebuilt; this time to a VZ-class Covered Van. Some time thereafter the Z was dropped and it ran as V.260 until reclassified ABGY by Australian National about 1980. It was donated to the Museum; being delivered on 24th May 1988.