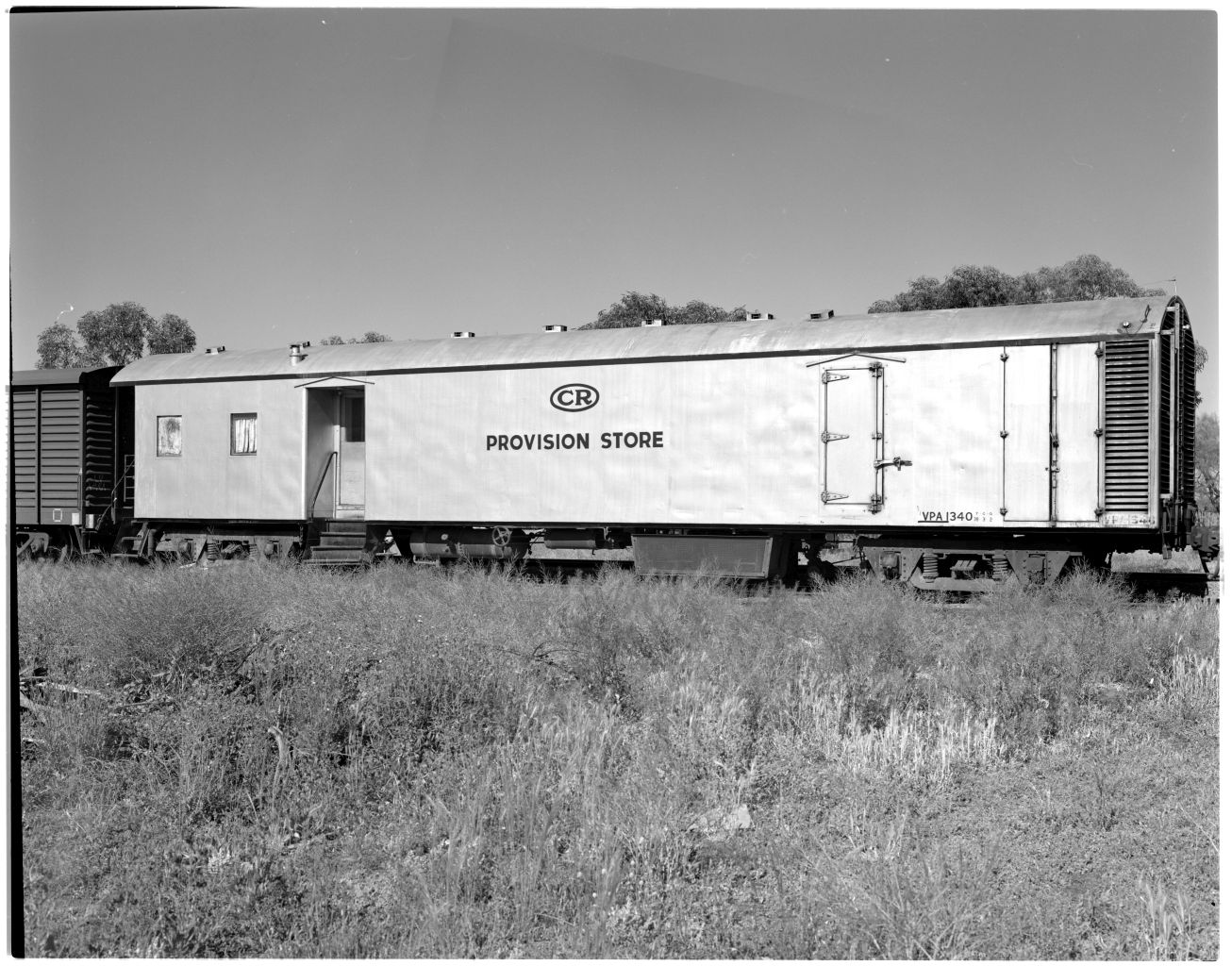 This van was used to service railway settlements weekly on the Tea & Sugar train from Port Augusta-Kalgoorlie on the Trans-Australian Railway. Groceries, hardware, etc. were supplied from the Provision store at Port Augusta.

In 1955 two purpose-built brand new all steel framed vehicles were constructed for use as Provision Vans on the Tea & Sugar. Entering service on 14.12.1955, VPA1340 provided a far superior service and facilities to that of the then existing vans.

Both vans were recoded from ‘VPA’ to ‘OPA’ on 30 November 1984 and officially written off on 3 May 1986 with VPA1340 being transported to the Museum on 2 August 1988. The vans had become surplus due to Pullman sleeping cars Macedon and Mount Lofty (the museum has Pullman dining car Adelaide) being converted to new provisions store cars. The Macedon and Mount Lofty cars had originally been imported from America in 1928 for use as sleeping cars on the Adelaide to Melbourne Express (later named ‘The Overland’).