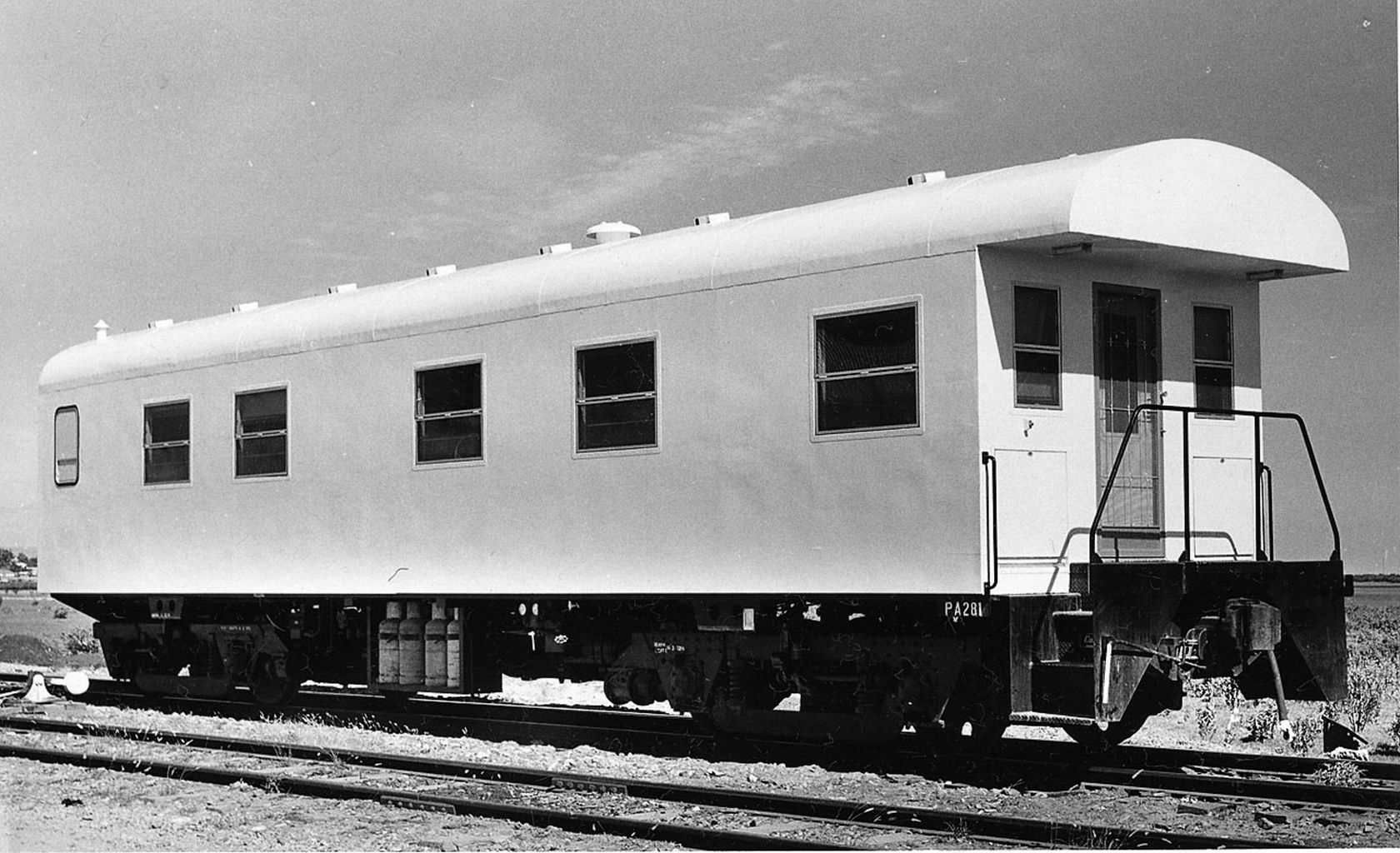 Pay car PA281 was one of three identical vehicles constructed by Commonwealth Engineering for the Commonwealth Railways. It entered service on 24th March 1972 on standard gauge bogies and was principally used on the Tea & Sugar service that operated out of Port Augusta across the Trans-Australian Railway line to Kalgoorlie. One of the other pay cars also operated on the Tea & Sugar in rotation with PA281, with the remaining vehicle being operated on the narrow gauge Central Australian Railway.

As built, the vehicle provided non-air conditioned accommodation for two people between Port Augusta and Kalgoorlie. It has an open end platform at one end that leads into the customer service area. This is fitted with a security screen and counter that separates the pay master from the customer. The next compartment, which is separated from the customer service area by a wall containing a door, is the kitchen dining area which contains a stove, sink, table, seating and fridge. A corridor leads off one side of this compartment from which access to the two sleeping compartments is obtained. These compartments each contain a fixed bed, wash basin and clothes hanging space. Beyond the sleeping compartments, either side at the end of the corridor, is a shower compartment and a toilet compartment. The corridor ends at a centre mounted end door that allows for access to any vehicle coupled to the pay car.

Externally all three pay cars were painted all over white with black bogies and underframe. Their classification and road numbers were displayed in raised white lettering on the right hand end of the underframe on each side of the vehicles.

In addition to the pay function, pay car PA281 also acted as a mobile agency for the Commonwealth Bank.

Few major changes were made to PA281 until 1986 when it was fitted with a split air-conditioning system, followed in 1988 by hot water being connected to the hand basins and kitchen sink. Modifications where also made to the running gear in 1989.

The withdrawal from service date is uncertain, but it is likely to have occurred in 1995 when the Tea & Sugar service ceased operation. The vehicle’s TIMS rolling stock record shows it last being service/repaired on 24th October 1995.

In 1995 the museum approached Australian National (AN) about selling the pay car. Unfortunately they declined the request and the vehicle remained in the open at Port Augusta, in the Spencer Junction yard. As part of the sale of AN, on 28th August 1997, the vehicle’s ownership passed to Australian Southern Railroad (ASR) who initially considered the possibility of returning it to service as a crew car. It remained at Port Augusta until August 2001 when, along with a number of other out of service vehicles that had been subject to vandalism, it was moved to the Islington Workshop for storage.

In February 2006 the museum purchased the vehicle. It was transferred by road to Port Adelaide on 16th February 2006.