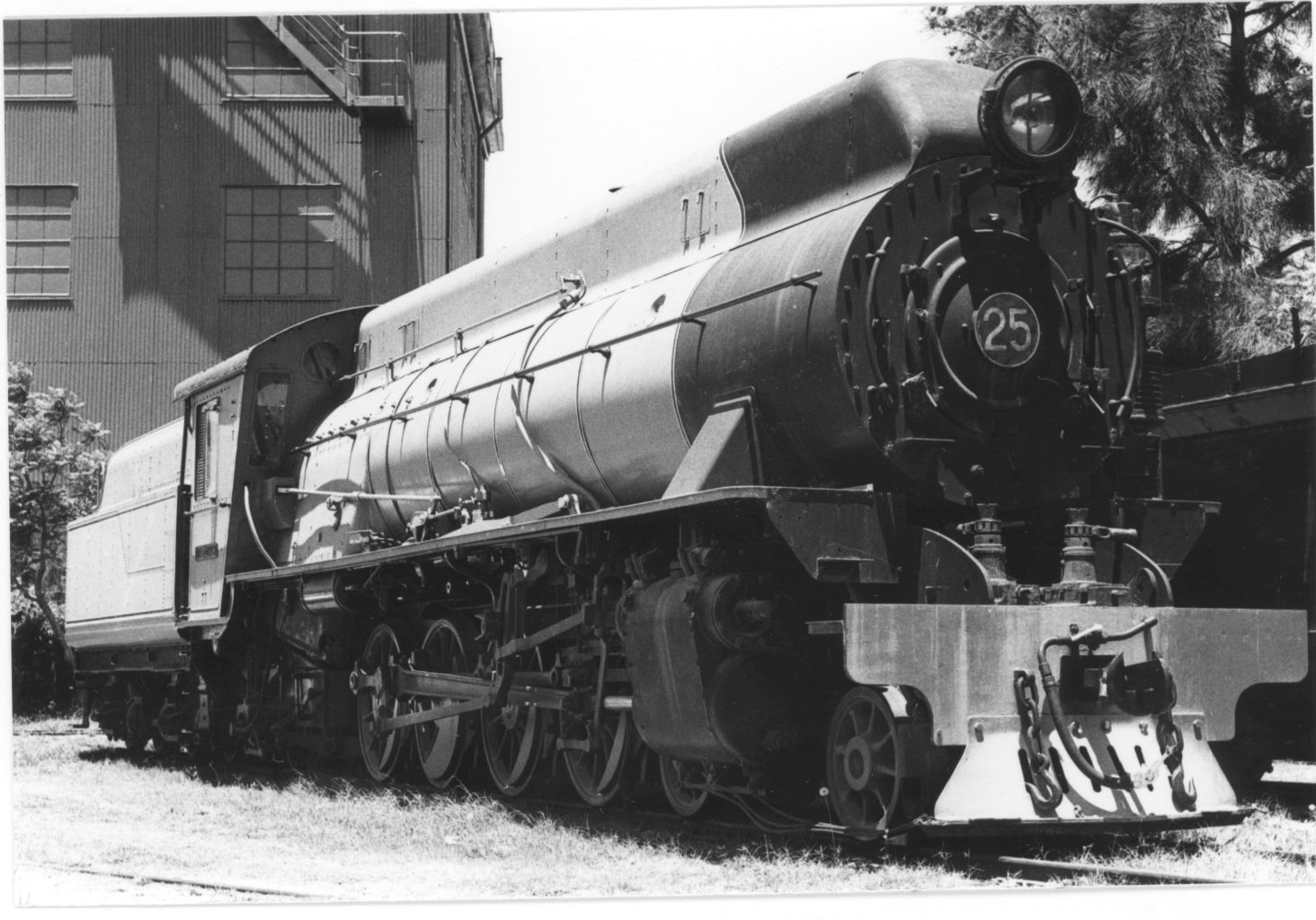 The third of the three Silverton Tramway engines to be preserved in the Museum is the large 4-8-2, number 25 of the Tramway’s class W. This design had originally been conceived by the Western Australian Government Railways, which had had 60 of their class W engines placed in service in 1951-2. The Silverton engines, of which four were built, varied from the Western Australian originals in the tender details and by the addition of a streamlined easing which covered the funnel and dome. All four engines were painted out in Cotswold green and were named after Directors of the Company.

Built by the Manchester company, Beyer-Peacock, these engines followed a tradition set by the Y’s and the A’s. In fact their building meant that every steam engine built for the Company was a product of Beyer-Peacock’s. All four engines arrived at Port Pirie on 4th October 1951, and were then railed to Broken Hill. For this trip W24 and W25 were steamed and these hauled the other two - W22 and W23.

In service these engines could haul 1,200 tons of ore, in contrast to the 800 tons that the A’s could manage, and this meant that they matched up well with the 400 class Garratts which were very shortly to be their counterparts on the South Australian Railways. In regular service they took over all roles from the A’s and were to be seen on both passenger and freight trains. They performed well for the next nine years until the 1960s, but by then some of the older engines were presenting problems and the mining companies were expanding their activities. These factors combined were sufficient to persuade the company that they should be looking to diesel power, and in 1960 they placed in service the first of the three diesel electric units.

This immediately rendered the W’s redundant, and between December 1960 and July 1961 all four were placed in store. After that time W25 was only steamed up again when it operated on special occasions. W25 is named H.F. (Gerry) Walsh.