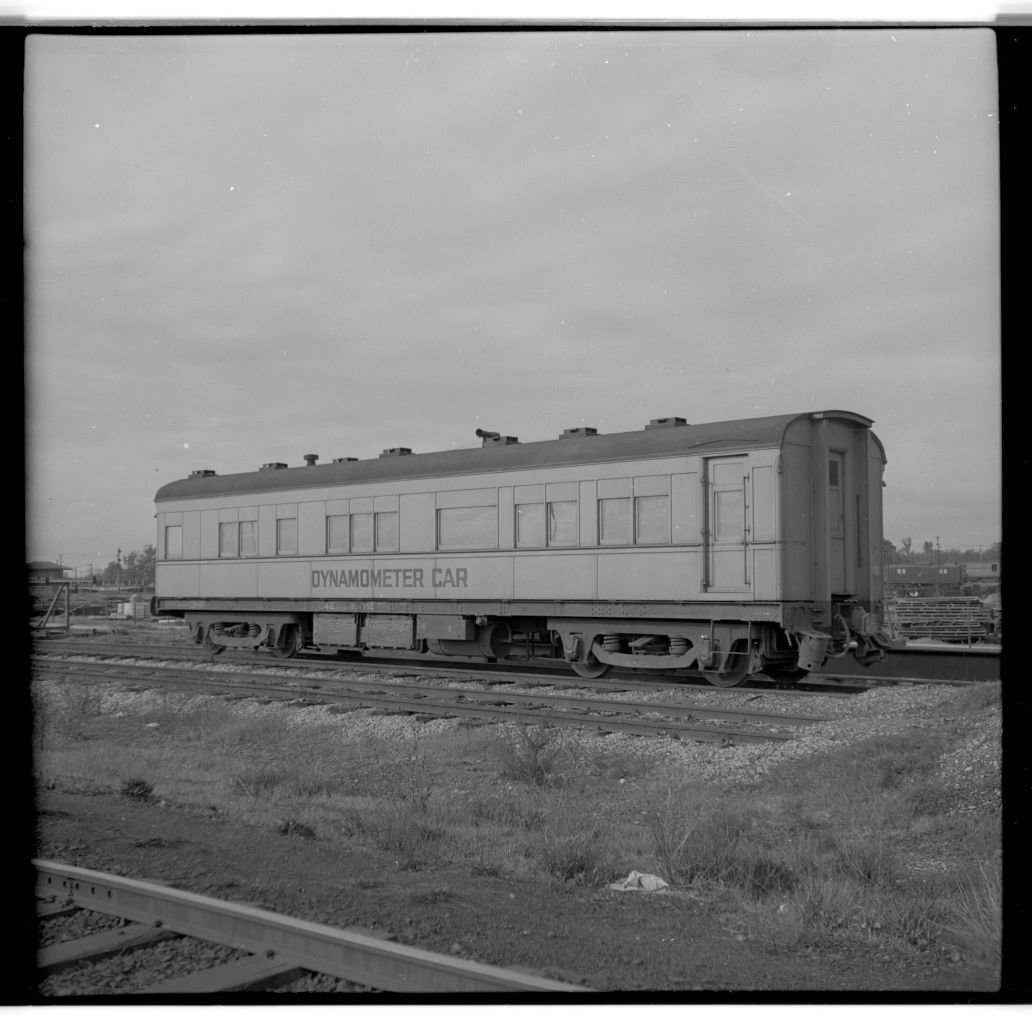 Salvaged parts from wooden Melbourne-Adelaide Express carriages, destroyed in an accident at Callington in 1929, were used by the South Australian Railways as the basis for the building of a modern Dynamometer car. The carriage entered service in 1932, with construction costs being shared with the Victorian Railways.

All buffing and pulling forces are transmitted through the centre coupler to the hydraulic dynamometer mounted below floor level. Hydraulic fluid then travels through a system of pipes and valves to the measuring apparatus on the instrument table. A paper tape can be used to make a permanent record of any tests. At one end of the car is a small vestibule, with wash basin, to protect the main instrument room from the entry of dirt and dust. Next is the instrument room containing the main table operator’s writing desk and a table for the examination of charts. Adjoining the instrument room is a conference room and workshop. A small kitchen and toilet make up the remainder of the carriage.

Original livery appears to have been a deep red, but it was repainted yellow in 1945 and used regularly up until the 1950s when it was stored except for occasional runs. Australian National obtained full ownership of the carriage, but loaned it to Victoria in the 1980s where it remained until arriving at the Railway Museum during April 1995.