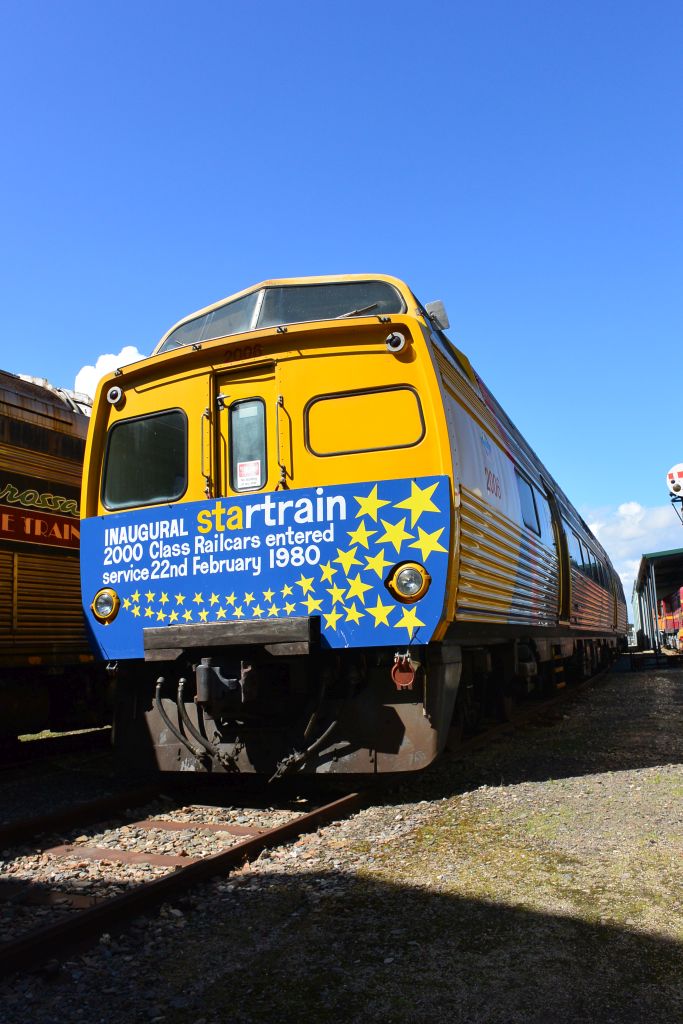 The 2000 - 2100 class are diesel hydraulic railcars and trailer cars that were built for the then State Transport Authority (STA) by Comeng, for use on the Adelaide metropolitan rail network. The 2000- 2100 class railcars were the first modern suburban railcars in South Australia, and the second in Australia to feature air conditioning, semi-automatic side doors and a PA address system. They were also the last diesel hydraulic type railcars built for a railway operating in South Australia.

The stainless steel body shell of the 2000 - 2100 class railcars was based on the American Budd SPV-2000, Metroliner and Amfleet car designs. The body shells were built by Comeng, in Granville New South Wales, and were railed to their Adelaide plant at Dry Creek for fitting out internally, except for prototype cars 2001 and 2101 which were completed in New South Wales.

The class was dubbed ‘Supertrains’ by the media and the general public, but most railway staff and railway enthusiasts were quick to give them their more iconic nickname ‘Jumbos’. The 2000 - 2100 class railcars earnt this nickname due to their unique raised driving cab, which was very similar in principle to a Boeing 747 Jumbo aircraft.

In the mid to late 2000s two 2000 class power cars (2003 and 2006) were refurbished internally and mechanically. From 2010 onwards a large percentage of the 2000 class power cars received the new Adelaide Metro Livery. In February 2014 the 2000 and 2100 railcars were no longer permitted to operate on the Belair and Seaford lines due to electrification of that part of the system. They were formally retired in August 2015. Two power cars and two trailers were preserved, with the remainder of the fleet being scrapped in June 2016.