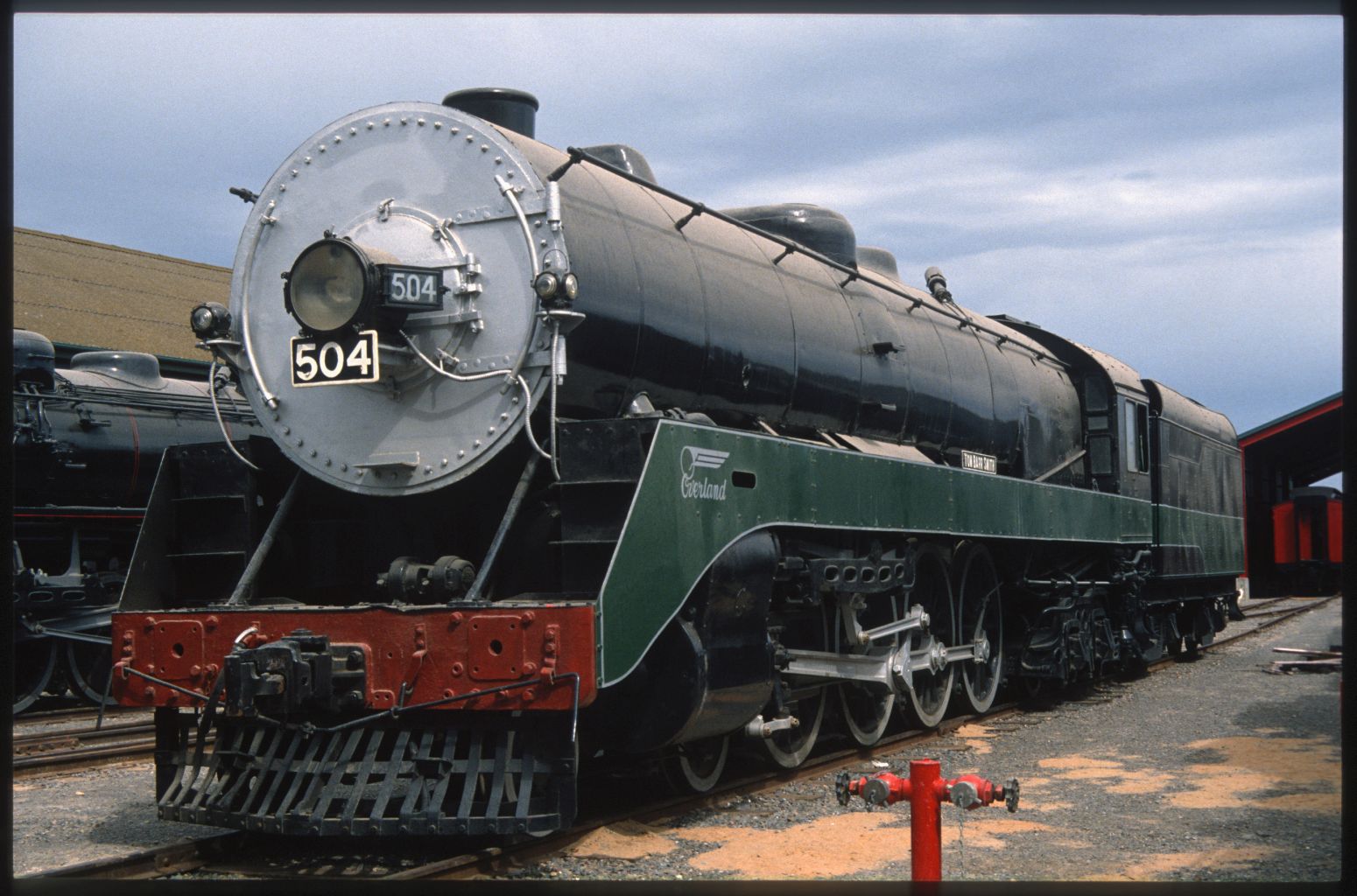 From the mid-1880s, when the South Australian Railways Nairne Railway (later to become the first section of the Main South Line) began its push southward from Adelaide, the Mt. Lofty Ranges posed immediate problems for the construction and mechanical engineers of the day. The rails had to climb 1534 feet (468 metres) in 19.4 miles (31.2 kilometres) and pass through eight tunnels to reach the summit at Mt. Lofty. Therefore, locomotives of sufficient power to conquer the 1 in 45 grades had to be designed and built.

The four Baldwin-built locomotives ordered for this purpose were soon found to be unsuited, and the small K-class 0-6-4Ts, usually working in pairs, were forced to handle the traffic for a while. The first of the R-class arrived in 1886 and, later re-built to become the more powerful Rx-class, they worked all major south line trains until the 1920s. As traffic increased these engines had also to be worked in pairs with, sometimes, a third pushing in the rear. Around 1920 a half-hearted attempt was made at designing a more powerful locomotive, but it was left to the Webb administration to solve the problem.

W. A. (Bill) Webb had come from the Missouri-Kansas-Texas Railroad to rehabilitate an ailing SAR, and one of his first tasks was to upgrade its motive power. This job was given to his Chief Mechanical Engineer, Fred Shea, who set about designing three classes of very powerful locomotives, the likes of which had not before been seen in South Australia. They were the 500, 600 and 700 classes.

In a constant quest for more power it was decided to equip the 500s with boosters (small auxiliary steam engines). This necessitated the replacement of the two-wheel trailing truck with one of four wheels. The booster contributed an extra 8,000 lbs to the tractive effort and permitted an increase in the engine load over Mt. Lofty to 540,000kg. The 500s were now 4-8-4s and were reclassified 500B. No.504 was modified and reissued to traffic on 23rd August 1929.

During the 1930s the 500s underwent yet another change in appearance when they were semi-streamlined after the style of the Southern Pacific’s (USA) GS-2 class "Daylights", and with their silvered smokebox doors they soon became known as "Palefaces". They provided the head-end power for The Overland between Adelaide and Tailem Bend for 30 years. They were permitted a maximum load of 11 E-class Joint Stock cars, and the sight and sound of them blasting upgrade presented a truly magnificent spectacle. In addition, together with the 720B-class 2-8-4s, they hauled most south line freight trains with occasional turns on the Terowie and Port Pirie lines.

With the introduction of the 900-class diesel electrics in the early 1950s, the 500Bs began to relinquish their exalted status and by the early 1960s only Nos.500 and 504 remained available for traffic. Both were used for a time on ARHS excursions, but 504 was earmarked for preservation. It was written off and placed in the Mile End Railway Museum on 23 July 1965.