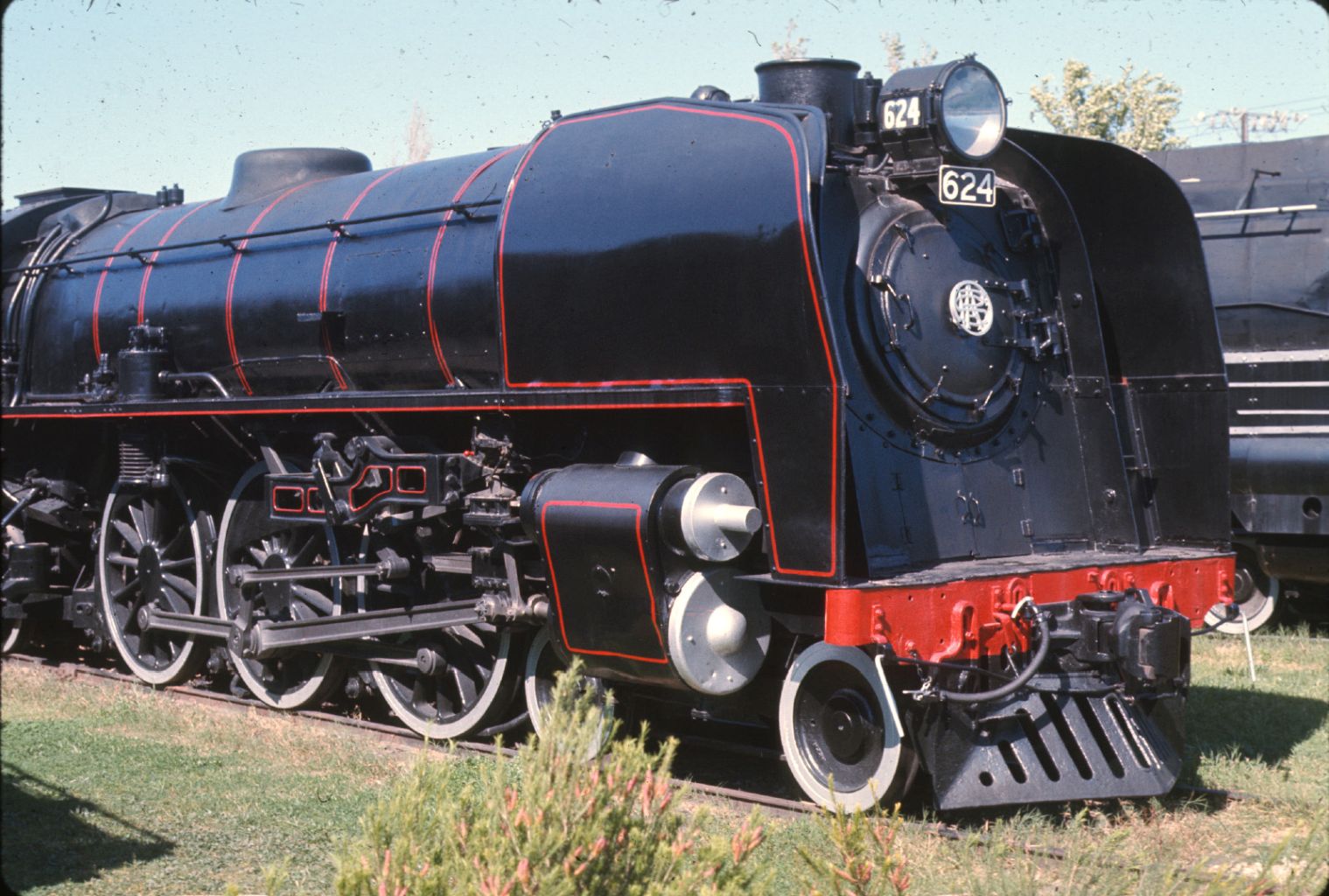 Two classes of ‘Pacific’ locomotives, both designed by Fred Shea, saw service on the South Australian Railways. The first, the powerful 600-class, built under the Webb administration revolutionized the working of heavy express trains, such as the Overland. The second was the 620-class, 10 of which were built at the Islington Workshops between 1936 and 1938, for use over secondary lines laid with 60 lb rail.

The first of these, No.620, was Australia’s first streamlined locomotive, the smokebox being covered with a chromed steel grille similar to those fitted to motor cars of the period, and painted Hawthorn green with yellow stripes. Upon completion it was placed on display at the Wayville Showgrounds for the duration of the Centenary Exhibition. It entered service on 26th June 1936 hauling the ‘Centenary Limited’, a train made up of refurbished end-loading cars in a livery of green and cream. The remainder of the class were built un-streamlined. All were fitted with Baker´s valve gear, the only South Australian locomotives to be so equipped.

No.624 was placed in service on 17th July 1937 and for the next 30 years performed those duties for which the class had been constructed, working to Gladstone, Morgan, Moonta, Port Pirie, Pinnaroo, Renmark and Victor Harbor. In later years, after the onset of dieselisation, 620s were relegated to working Bridgewater and Willunga locals, mixed trains out of Tailem Bend and occasionally even freight trains. 624 entered the Mile End Railway Museum on 14th April 1967 but was not officially written off until 7th September. It moved to the National Railway Museum on 2nd October 1988.