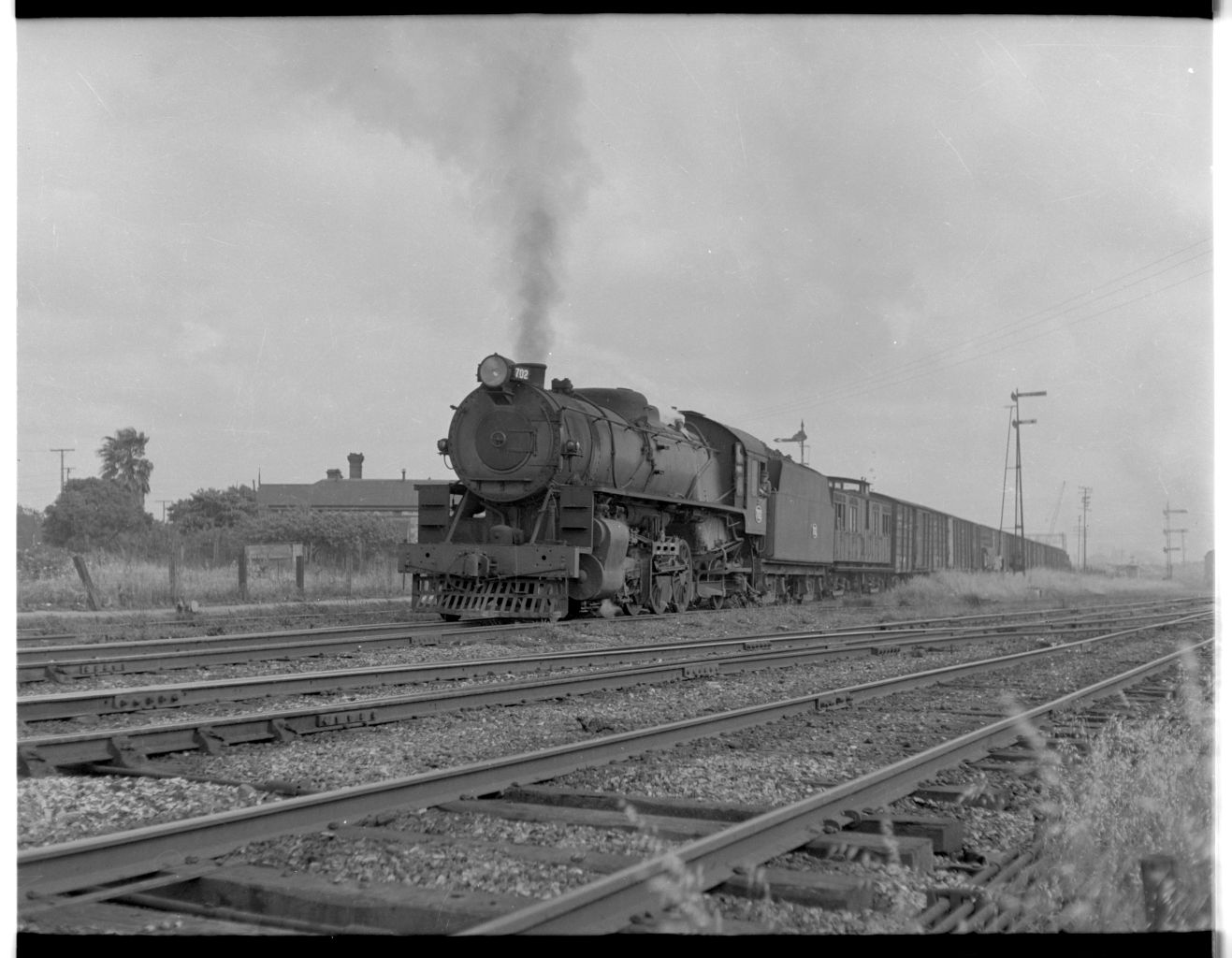 Historically No.702 is one of the most important locomotives in the museum’s collection, for it represents the third of Fred Shea’s most successful designs for the rehabilitation of the motive power of the South Australian Railways in the 1920s.

The 700s were main line freight locomotives and released many Rx-class 4-6-0s, until then the largest engines available for this traffic, for shunting and branch line services. The difference in power between the these two classes can be gauged by the fact that a 700 could lift 390,000kg over Mt Lofty while an Rx could manage only 190,000kg.

The 700-class proved so successful that another 10 were ordered, this time from the SAR’s own Islington Workshops. Though dimensionally similar to the original engines they differed in some minor details and so were classified 710. Unlike the 500 and 600 classes, which were substantially rebuilt, the 700s (with the exception of No.706) retained their classic ‘Webb’ lines throughout their lives. No.702 was the only member of the class to be equipped with a coal pusher in 1951. It was condemned 9th July 1964 and placed in the Mile End Railway Museum on 1st June 1965.