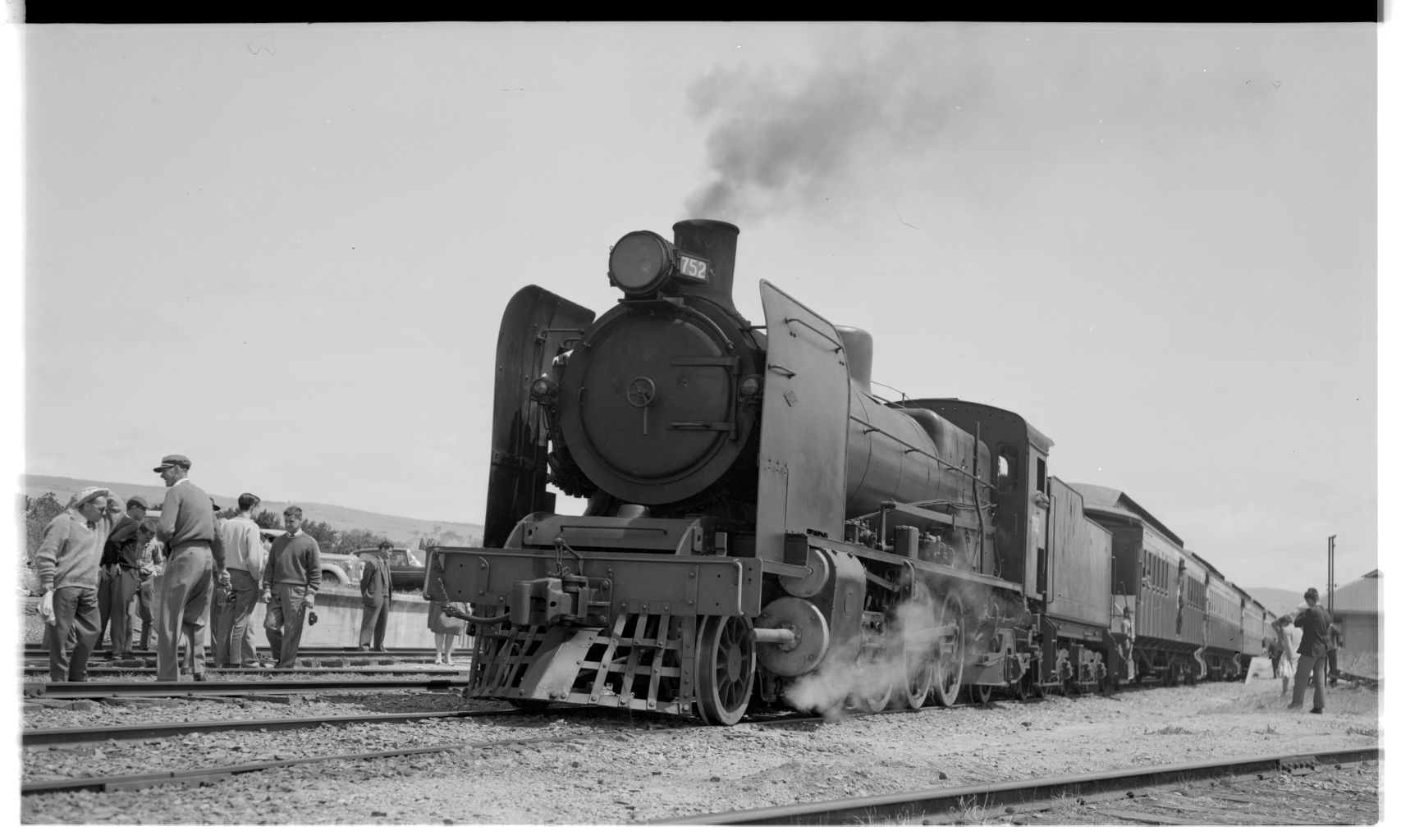 The years immediately following World War Two saw an acute shortage of motive power on the South Australian Railways. Increasing traffic coupled with a backlog of maintenance due to the demands of the war effort were taking their toll, forcing management to look for a quick solution to the problem.

Two sources presented themselves: the Victorian Railways found themselves with a surplus of N-class 2-8-2 locomotives and the Clyde Engineering Company, Granville, NSW had begun building 40 2-8-2s for China, the order having then been cancelled due to the communist incursion. The SAR purchased 10 of each type which became their 750 and 740 classes respectively. Unfortunately no 740-class was saved for preservation, but their design was based on Fred Shea’s 700-class of 1926, represented in the museum’s collection by locomotive No.702.

The 750s immediately displaced the ageing Rx-class engines from branch-line service, particularly over the light lines of the Mallee radiating from Tailem Bend. Two were retained at Mile End for service on the Port line.

Though efficient and free-steaming they were unpopular with engine crews because of their cramped cabs in comparison to the South Australian locomotives. Just 10 years after entering service only two, Nos.752 and 755 remained. No.752 still saw occasional service and, in November 1963, was used to haul the Myer ‘Santa Specials’, which brought children and their parents to the city, at discounted fares, to do their Christmas shopping. It was last steamed in November 1964, placed in the Mile End Museum on 14th April 1967 and formally written off on 21st August 1967.