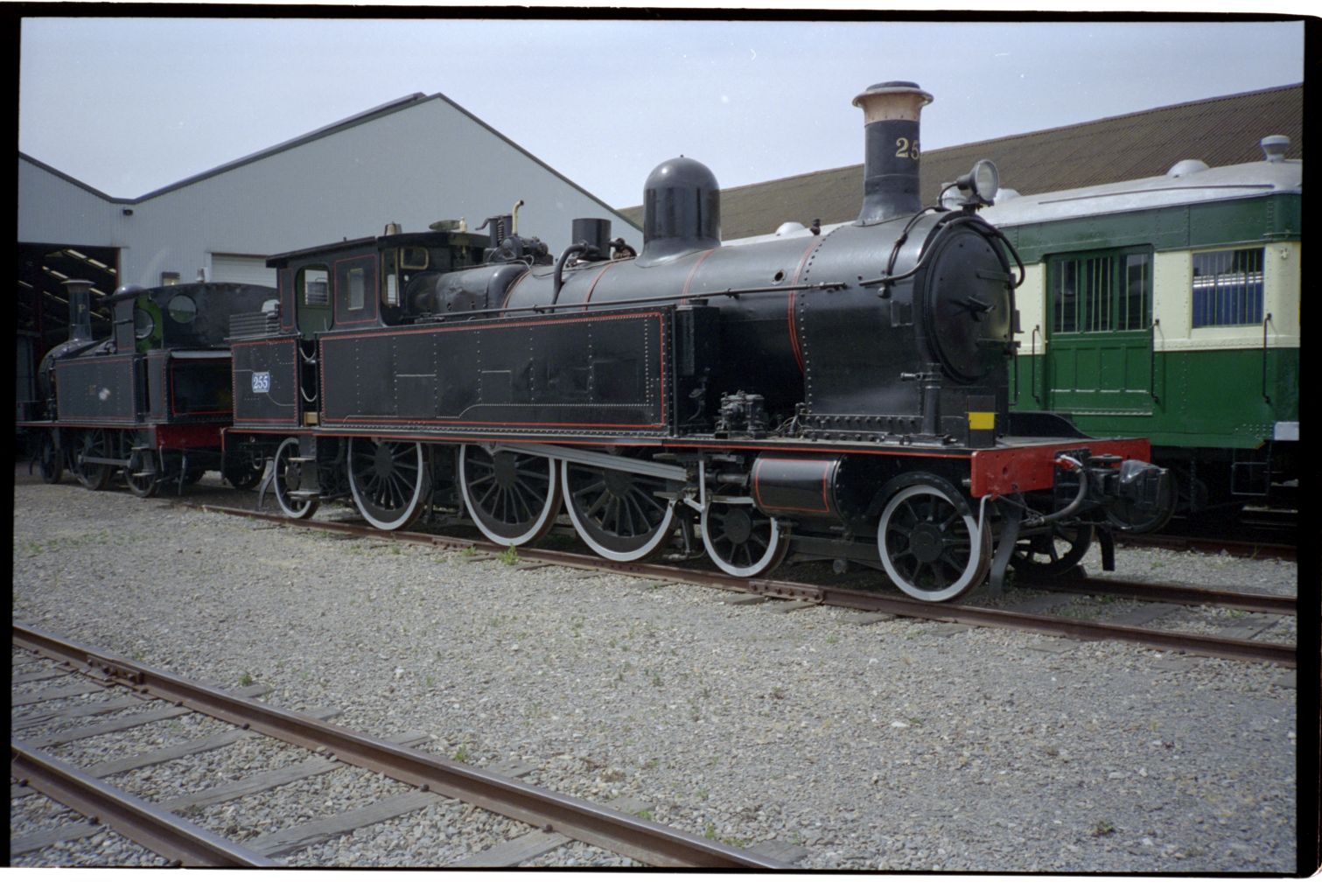 For over 50 years the majority of Adelaide’s suburban trains were hauled by the F-class 4-6-2 tank locomotives and though in later years they became an anachronism, quaintly old-fashioned in appearance in the diesel age, they were still quite capable of a good turn of speed on express run.

At the beginning of the 20th Century the P-class 2-4-0 tanks were the standard suburban passenger engine, but were underpowered for the increasing loads then offered. A more powerful locomotive was necessary. The Chief Mechanical Engineer, Thomas Roberts, who had recently begun the rebuilding of the R-class into the more powerful Rx-class, produced a design for a 4-6-2 tank locomotive, to be known as the F-class.

The first, No.167 was constructed by the Islington Works and placed in service in April 1902. Eventually, 43 were built, the last being No.255, built by the Perry Engineering Company and placed in service 6th October 1922. Known as Dolly Grays (after a song popular at the time of their introduction), later shortened do Dolly, the nickname stayed with them all of their lives.

The F-class worked all suburban lines from Gawler to Noarlunga and from Outer Harbor to Belair. One even worked the old South Terrace to Glenelg railway for a short time in the 1920s, but was found to be unsuited because of the sharp curves existing at Miller’s Corner and St Leonards.

Though somewhat slow in accelerating away from stations they were capable of speeds in excess of 60 miles per hour, even with quite heavy loads. The only serious restriction placed on them was on the Belair line where they were limited to three cars. The late 1940s saw 25 of them converted to oil-burning, with the appendage of an ugly square tank on top of the coal bunker. No.255 was one of those converted, but had been returned to coal burning before it was written off.

During the 1930s and 1940s lighter patronised services were worked increasingly by the 55 and 75 class railcars and in the mid-1950s the Red Hen railcars began making further inroads into steam-hauled services. By the early 1960s the remaining F-class had been reduced to shunting duties at Mile End and Port Adelaide. No.255 was written off on 21st August 1969, after being placed in the Mile End Railway Museum on 19th April 1967. It was placed at the Port Dock Museum on 2nd October 1988.