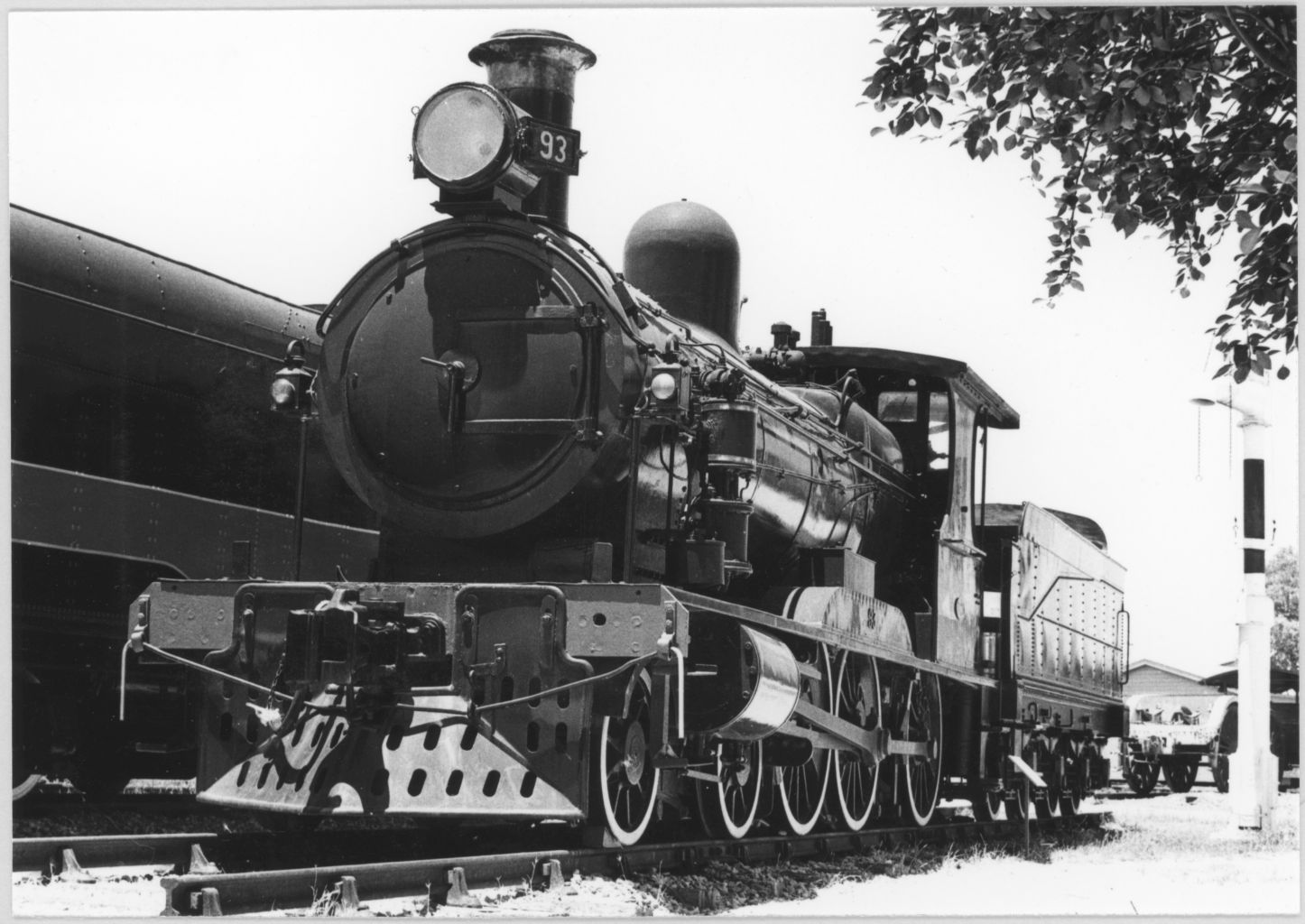 In 1886 the South Australian Railways placed in service six 4-6-0 locomotives built by the Scottish builder Dubs & Co. These were the first members of the R-class and later, after rebuilding, the Rx-class which eventually amounted to 84 engines, the most numerous class on the broad gauge. No.93, which had been given builder’s number 2142 of 1885, was one of them and entered service on 29th March 1886.

Used primarily for goods haulage over the steeply graded main south line they were soon also hauling the Intercolonial Express between Adelaide and Murray Bridge after the South Australian and Victorian Railways had been joined at Serviceton in January 1887.

Thirty Rs were built between 1885 and 1895 but, between 1899 and 1913, all were rebuilt with larger Belpaire boilers and were reclassified Rx. No.93 was reissued to traffic after rebuilding on 4th November 1910. As built all were equipped with six-wheel tenders but, with the introduction of the first of the Islington built Rx-class engines in 1909, eight-wheel tenders were fitted. No.93 retained its six-wheel tender until the early 1950s when it received a bogie replacement from an engine previously written off. In this form it ran until 1966 when, on 28th September, it was placed in the Mile End Railway Museum. It was formally written off on 28th October of that year.

The Rx-class was a most successful design, and handled all main line traffic until displaced by Fred Shea’s Big Power engines under the Webb administration of the 1920s. Thereafter they were relegated to secondary duties over branch lines, shunting in freight yards and occasionally hauling local passenger trains.