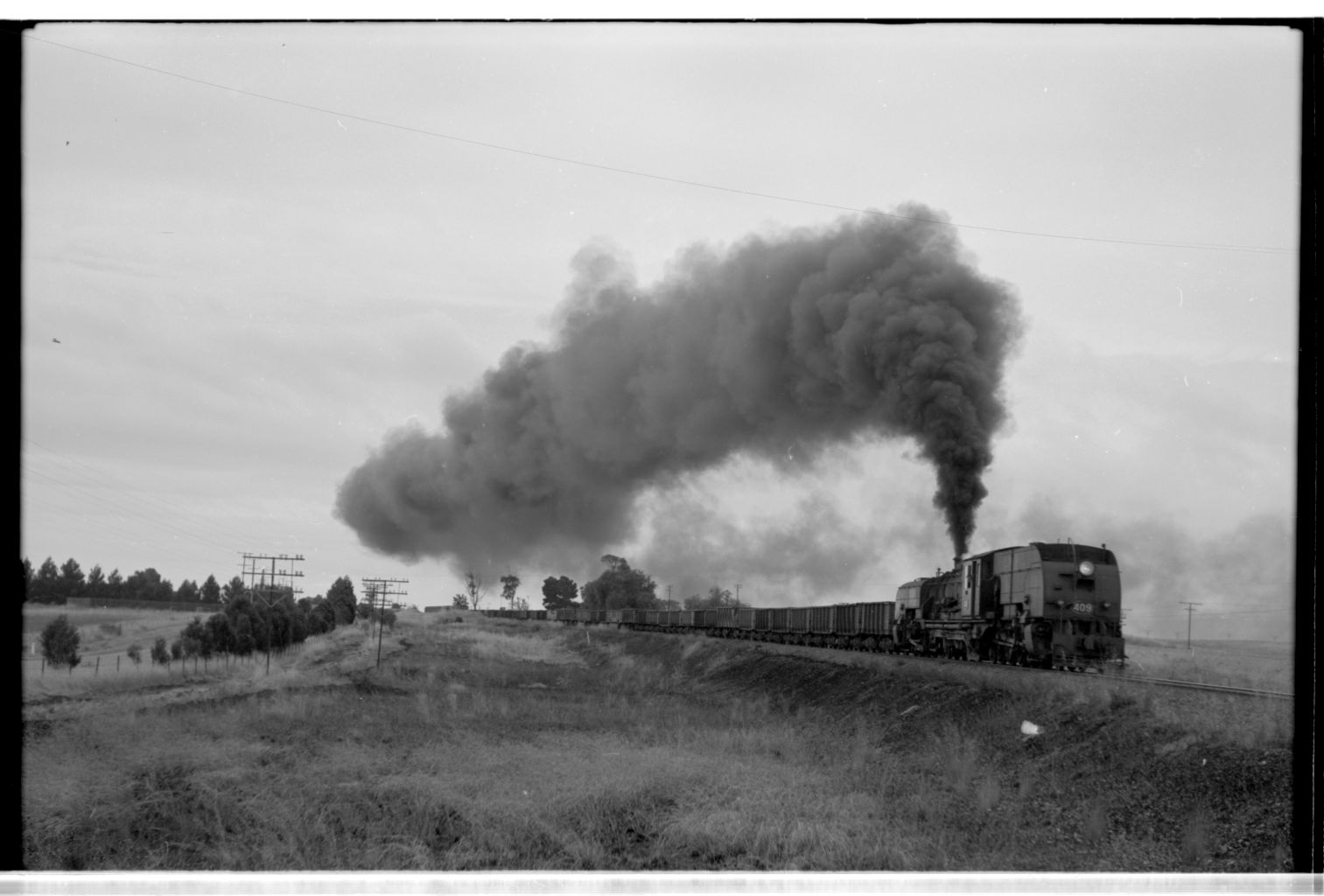 After the Second World War there was a need for more and bigger motive power for the heavy ore trains between Broken Hill and Port Pirie. The Ts were doing a sterling job, but there was too much traffic for them to handle on their own. In 1951 an order was given to Beyer-Peacock of Manchester for 10 large articulated engines of the Beyer-Garratt 4-8-2+2-8-4 type. This order was subsequently sublet to their European associate, Societe Franco-Belge de Materiel des Chemins-de-Fer, of Raismes in France.

It took two years until the first of these engines arrived in South Australia, and so to fill the gap the South Australian Railways took over six of the Australian designed Australian Standard Garratts from the Western Australian Government Railways. Given South Australian numbers 300 to 305, they only lasted 18 months in service, before the arrival of the 400 class.

These arrived in 1953, and by 1955 had taken over most of the working of the Broken Hill line. Identical in main specifications to the world-famous 60th class of the East African Railways, the 400s were oil-burners, but with provision for the installation of a mechanical stoker if converted to burn coal. They were also designed to be easily converted for service on either the broad or standard gauge if required.

Less than 10 years after these engines were fully in service the diesel appeared on the scene and in 1963 they were all placed in storage at Peterborough. Here they were to remain until 1969 when a few of them were returned to service while the diesels were being converted ready for service on the new standard gauge line. Apart from trips to Terowie, it was only during this period when they were seen off the main Broken Hill line. During this time they worked on both Wilmington and Quorn lines.

Locomotive 409 was the second-last steam engine to have been placed in service on the South Australian Railways, the last being 406, which began work one week later. The boiler now in 409 was originally 408, having accomplished 20536 miles (33049 kilometres) before the change.