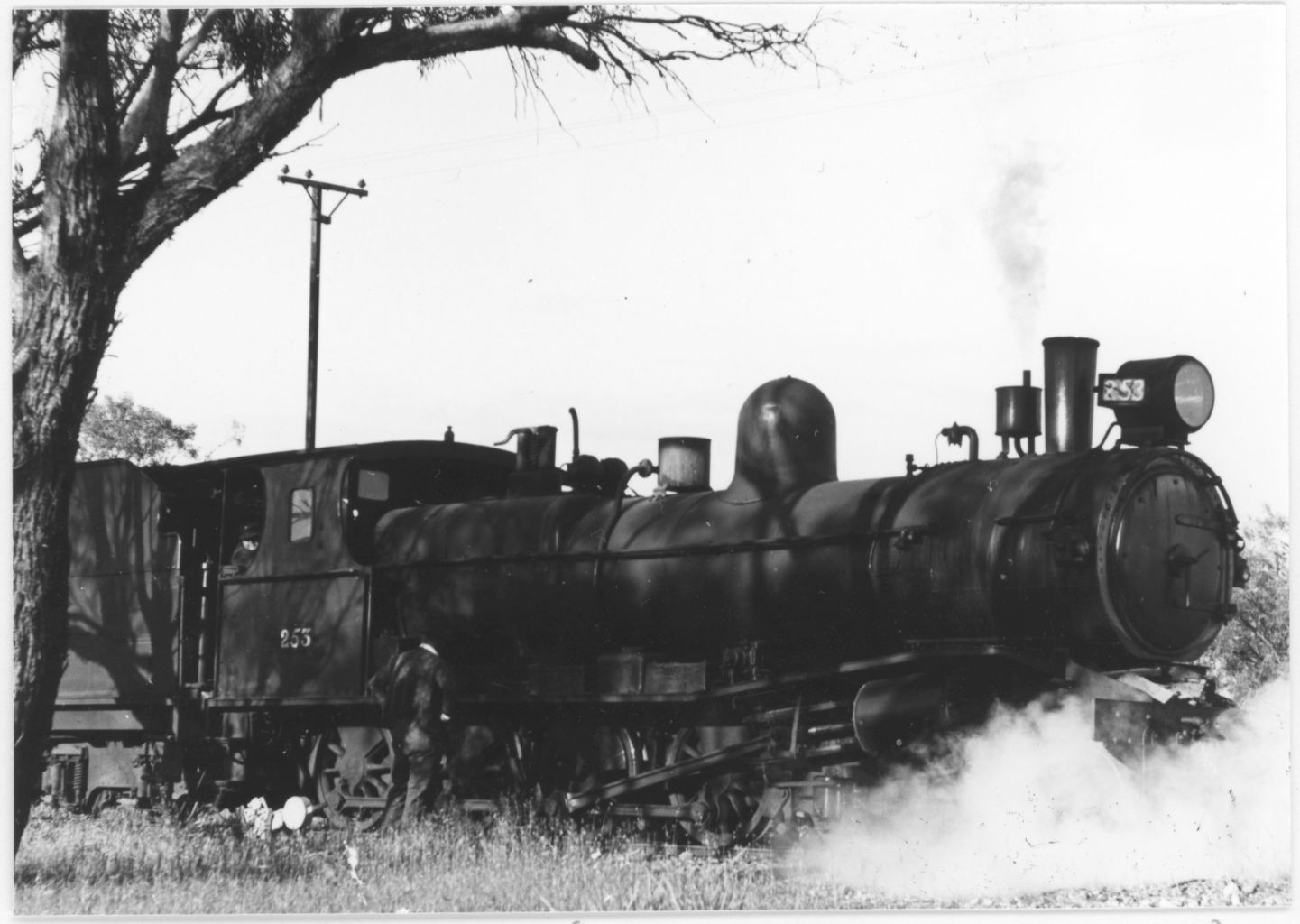 By 1903 the ore traffic on the line from Broken Hill was rapidly expanding and the diminutive Y-class locomotives were proving to be far too small for the heavy hauls. So a larger engine of the 4-8-0 wheel arrangement was designed, and four were ordered. T44, 45, 46 and 180 were built at Islington. The first, 180, appeared in 1903 and the other three later in 1907. Nicknamed Big Ben, these engines proved to be most successful, and a further 34 were ordered from James Martin and Company of Gawler and 40 from Walkers of Maryborough in Queensland.

The class remained dominant on the line for some half a century until the advent of the large Beyer-Garratts, which were to supplement rather than to displace the Ts. In all that time they remained the biggest power on all the South Australian narrow-gauge lines.

They did not remain solely on the Broken Hill line, but saw service also on the Port Lincoln Division, the South-Eastern narrow gauge lines and even the narrow gauge Commonwealth Railways line to Alice Springs during the Second World War. Between 1923 and 1949 five members of the class were converted to run on broad gauge Murray River lines, during which time they were designated as being the Tx class. The only narrow gauge lines on which they did not run were the branches to Glencoe, Beachport and Kingston.

By the 1950s the engines were looking very different from those that had emerged from the builders in the first two decades of the 20th Century. Large headlights had been added, the smokebox had been twice extended - the second time to incorporate a Cyclone spark arrestor - and the tender enlarged. By the end of their lives the tenders had become rather ungainly and towered above the engines, particularly on those engines which had been converted to burn oil, and an additional tank installed.

In the 1920s six of the Ts were sold to the Tasmanian Railways, but the bulk survived in South Australia right up to the 1960s. Indeed it was to be a T-class engine that was to haul the last regularly scheduled steam train to operate in South Australia on 9th January 1970.

The conversion from narrow to standard gauge of the main line from Port Pirie to Broken Hill was the death-knell of the class, although paradoxically it also gave them a last moment of glory. Right at the end of the narrow gauge days all the diesels were withdrawn from service to allow them to be converted to run on the new standard gauge line, and during this period the Ts and the Beyer-Garratts again reigned supreme on the line. However, on 18th May 1970 no fewer than 24 members of the class were condemned, and the final six followed a month later.