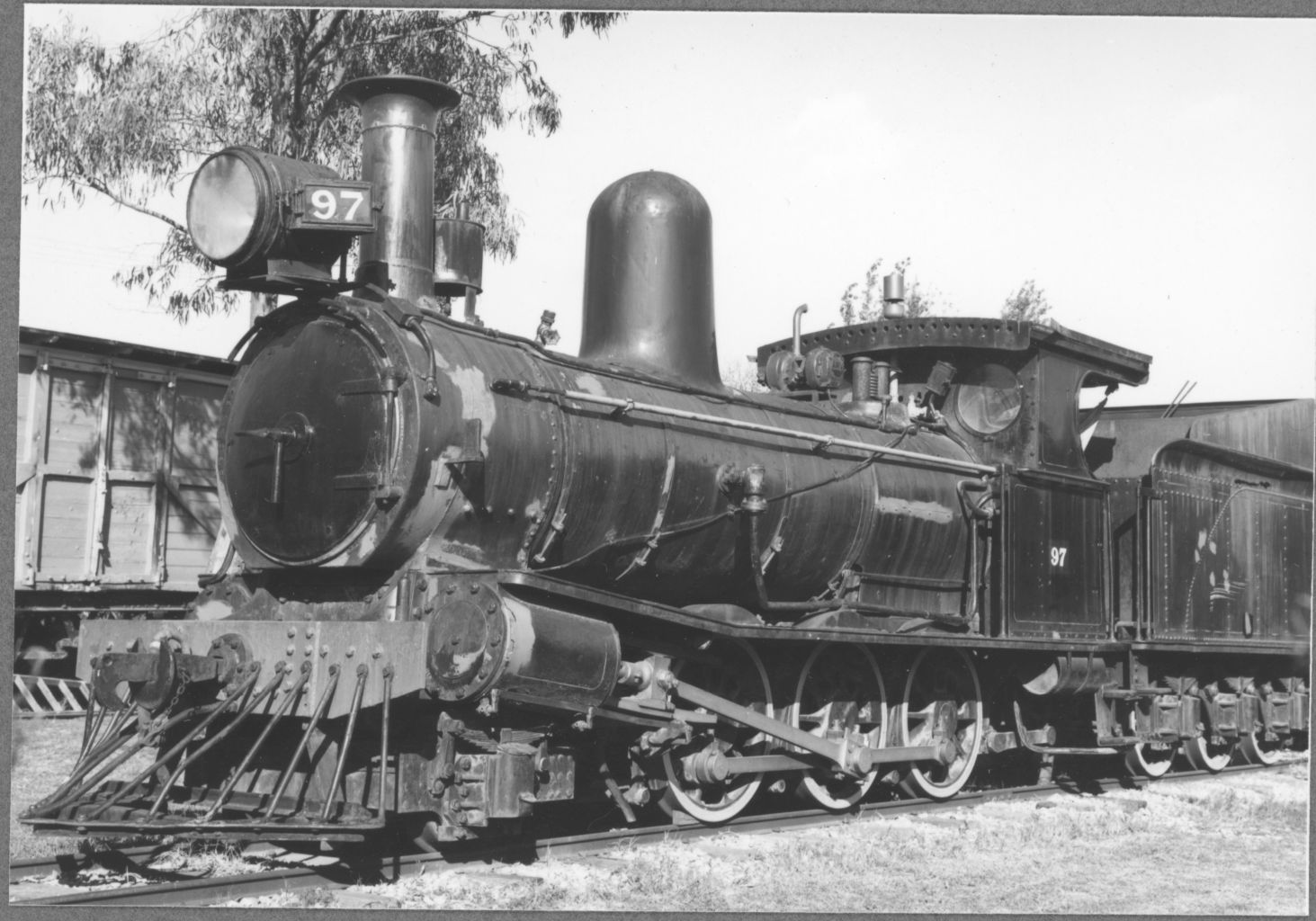 The Y-class 2-6-0s constituted the largest class of locomotives on the South Australian Railways, 129 having been built between 1885 and 1898. The last of the series to go into service, No.179, was also the first locomotive to be built at the Islington Workshops.

The initial order was placed with Beyer Peacock & Co. of Manchester, England but, besides the two constructed at Islington, a large number were also built at Gawler by James Martin & Co. No.97 is a Beyer Peacock locomotive and carries builder’s number 3147 of 1889. It was placed in service on 27th February 1890.

The Y-class were a development of Beyer Peacock’s ‘Narrow-gauge Mogul’, and this type saw service in every colony in Australia with the exception of Victoria. In South Australia it became the standard narrow-gauge locomotive, serving on the Northern, Western and Southern Systems, and Eyre Peninsula.

Y97 was withdrawn on 14.5.1970, only a day after it had completed a special trip for the Australian Railway Historical Society to Eurelia & return. It was moved to the Mile End Museum on 23rd September 1970 and eventually to the Port Dock museum on 11th November 1988.