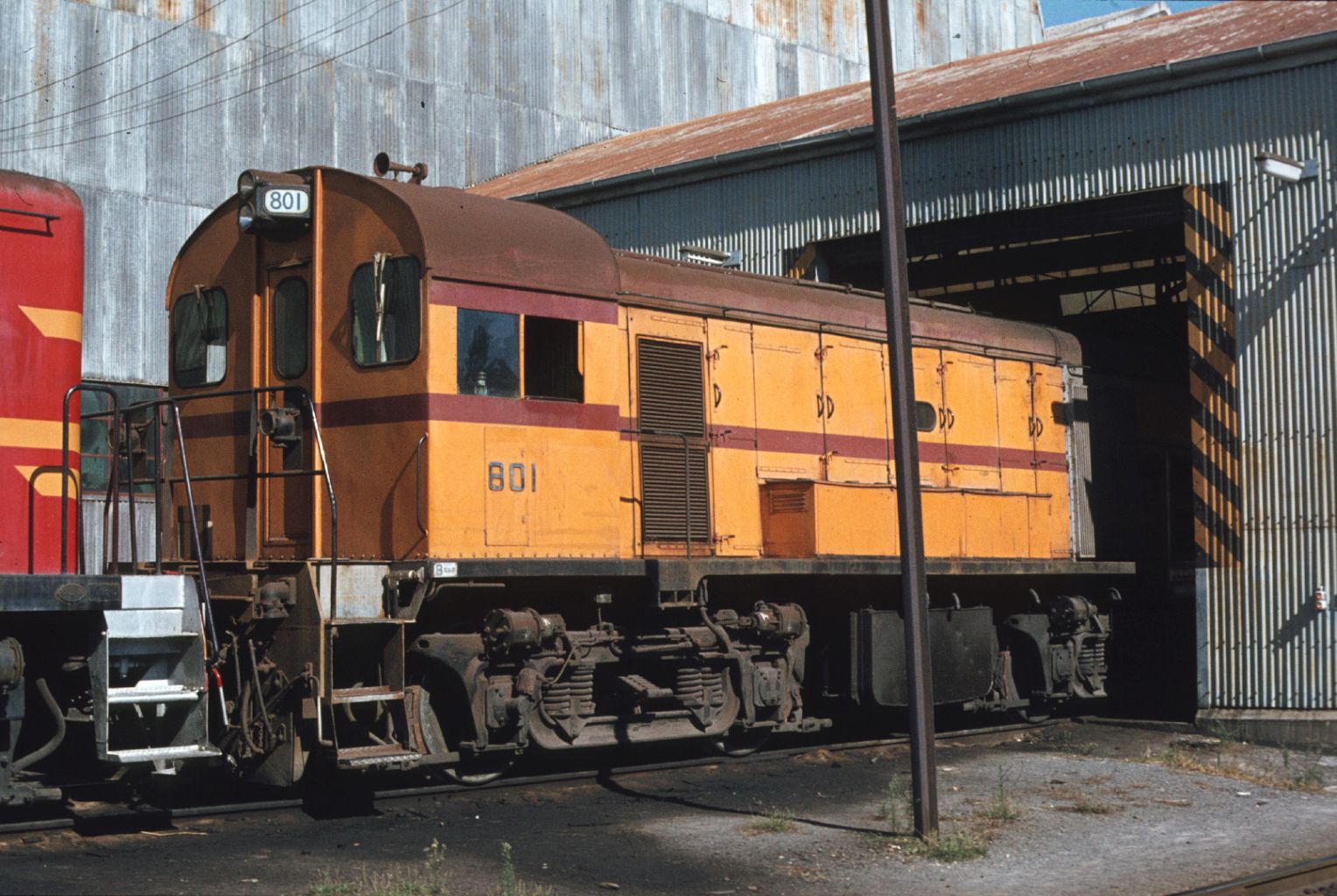 The first orders for broad-gauge diesel-electric motive power placed by the SAR in the early 1950s were for main line locomotives - the 900 and 930-classes. However, ageing steam locomotives were still used for shunting and it was increasingly evident that their replacement was overdue. Therefore, in 1955, an order was placed with English Electric, Rocklea, Queensland, for ten 750 horsepower Bo-Bo machines. These were delivered in 1956-57 and became the 800-class No.800-809.

Most were allocated to the Port Adelaide depot where they replaced the small P-class 2-4-0 tank engines (No.117 is preserved in this museum), and provided shunting power for the area for the next 30 years. They were not restricted exclusively to these duties, but regularly hauled transfer freight trains around suburban Adelaide, and occasionally worked local passenger trains.

All were taken into Australian National ownership on 1st March 1978, but began to be withdrawn from service and cut up in the early 1990s. No.801 was withdrawn and sold to the railway museum in 1992. It is in full working order and is occasionally used for shunting.