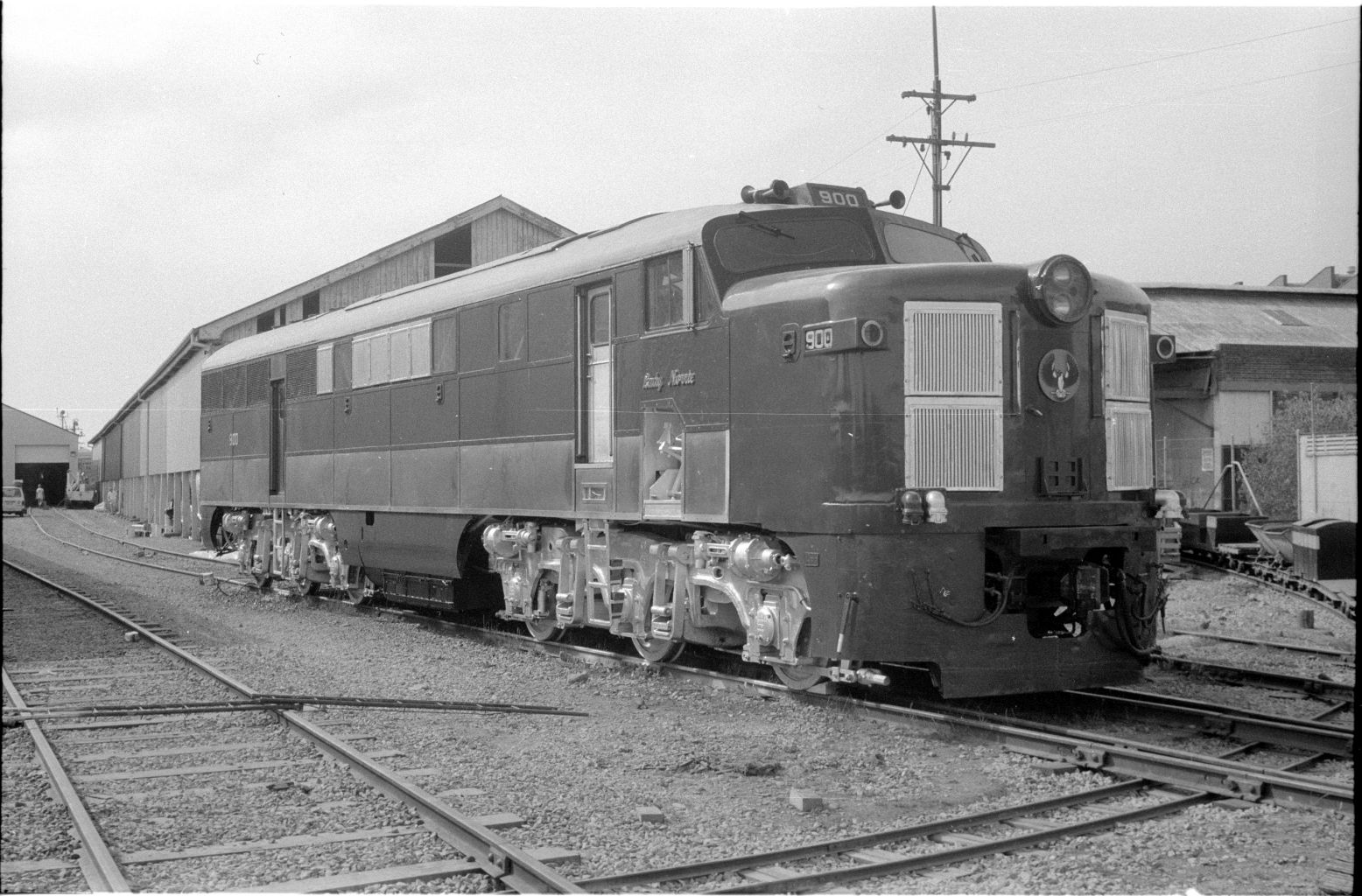 The first main line diesel-electric locomotive to be placed in service on the Australian mainland was South Australian Railways’ No. 900, Lady Norrie, which entered traffic on 10th September 1951. Of conventional design, with a body similar to contemporary Alco (USA) practise, it was built at the Islington Workshops, using English Electric engines and electricals, and was the first of 10 1580 horsepower machines which would change the face of railways in South Australia forever.

No. 900 made a dynamometer test run with a Port Pirie goods run on 10th September 1951 and its first revenue run hauling the down the East-West Express between Adelaide and Port Pirie on 12th September. It continued to work this train until No. 901 entered service on 2nd November and multiple unit trials were run on goods trains through the hills. On the 20th November both engines hauled the ‘Overland’ between Adelaide and Tailem Bend and as more units became available they began working through to Serviceton. Thus were the 500B, 700 and 720B-classes displaced from the Adelaide to Tailem Bend line and the 600C-class from the section to Serviceton.

The 900s were soon working over all main lines hauling both goods and passenger trains, and were to enjoy a long life beyond that normally allotted to diesel locomotives. They also generated amongst railway enthusiasts an affection akin to that enjoyed by the steam locomotives they had displaced.

After Australian National took over the country lines in South Australia in March 1978 the 900s began to be withdrawn as they became due for major overhauls, but those remaining enjoyed a moment of glory in the early 1980s. For a brief period, triple-heading, they returned to working the ‘Overland’. 900 and 909 worked to Coonalpyn on a Steamranger ‘Last passenger run’ on 29th July 1984 but, on 1st July 1985 the axe finally fell and the five left in service were condemned.

No.900 was placed in the Mile End Railway Museum on 18th August 1985 and Nos.907 and 909 were acquired by Steamranger. Before being placed in the museum, however, No.900 made one final journey when it was towed by goods train to Melbourne and placed on display at the Austeam88 celebrations on 23rd October 1988.