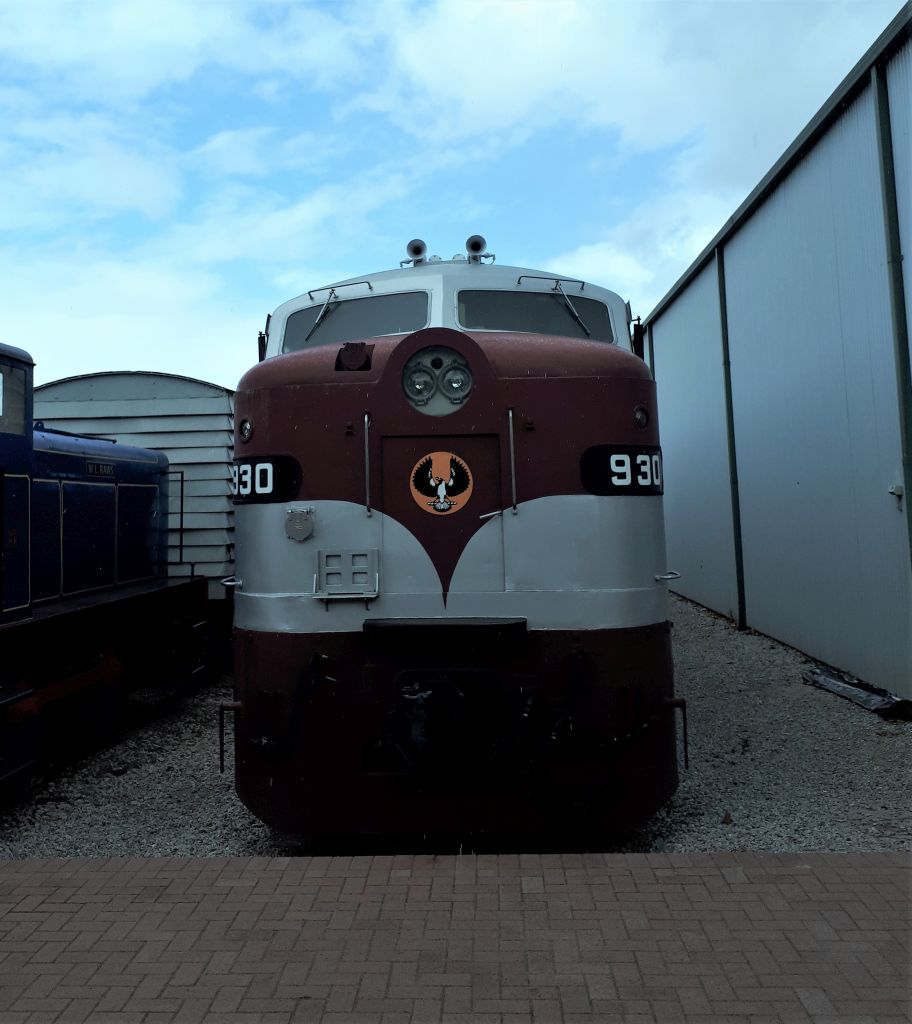 No.930 was the first ALCO diesel-electric locomotive built in Australia under licence by A. E. Goodwin Ltd, and was the first of an order of six placed by the former South Australian Railways. Placed in service on 20th December 1955, it had been given ALCO’s builder’s number 81885 (Goodwin did not issue their own) and was one of their model FD-6 units (Goodwin’s model DL500G). The FD series of locomotives formed ALCO’s ‘World Model’ and could be found working in Spain, India, Pakistan, Iraq and Peru. This first batch of South Australian locomotives were standard machines in that they were single cab units, but subsequent orders were for double-cab units.

The 930-class was to amount to 37 members, the last, No.966, being placed in service in June 1967. They were to become the workhorses of the South Australian Railways’ broad-gauge lines, and it was not until 1978, when Australian National took over South Australia’s country lines, that some of them were placed on the standard-gauge. Their duties varied from shunting and working wayside goods trains to hauling the ‘Overland’ between Adelaide and Serviceton. Under AN ownership they were to work right through to Melbourne and beyond.

Australian National also modified the 930s to allow them to work in multiple-unit with Clyde-GM units so that, as well as working with the GM, AL, BL and CL-classes, they could work in multiple with various Victorian classes. For some time the head-end power for the ‘Overland’ consisted of a V/Line X-class and a 930. Also in later years, though most were double-enders, AN adopted the policy of working them from the A-end only. During 1988 No.930 was renumbered 967.

The arrival of AN’s DL-class Clyde-GMs in 1987-88 meant that some of the earlier GMs and 930s were rendered surplus and were subsequently withdrawn from service. At the request of the museum 930 (alias 967) was earmarked for preservation and was placed in the museum on 4/5/90.