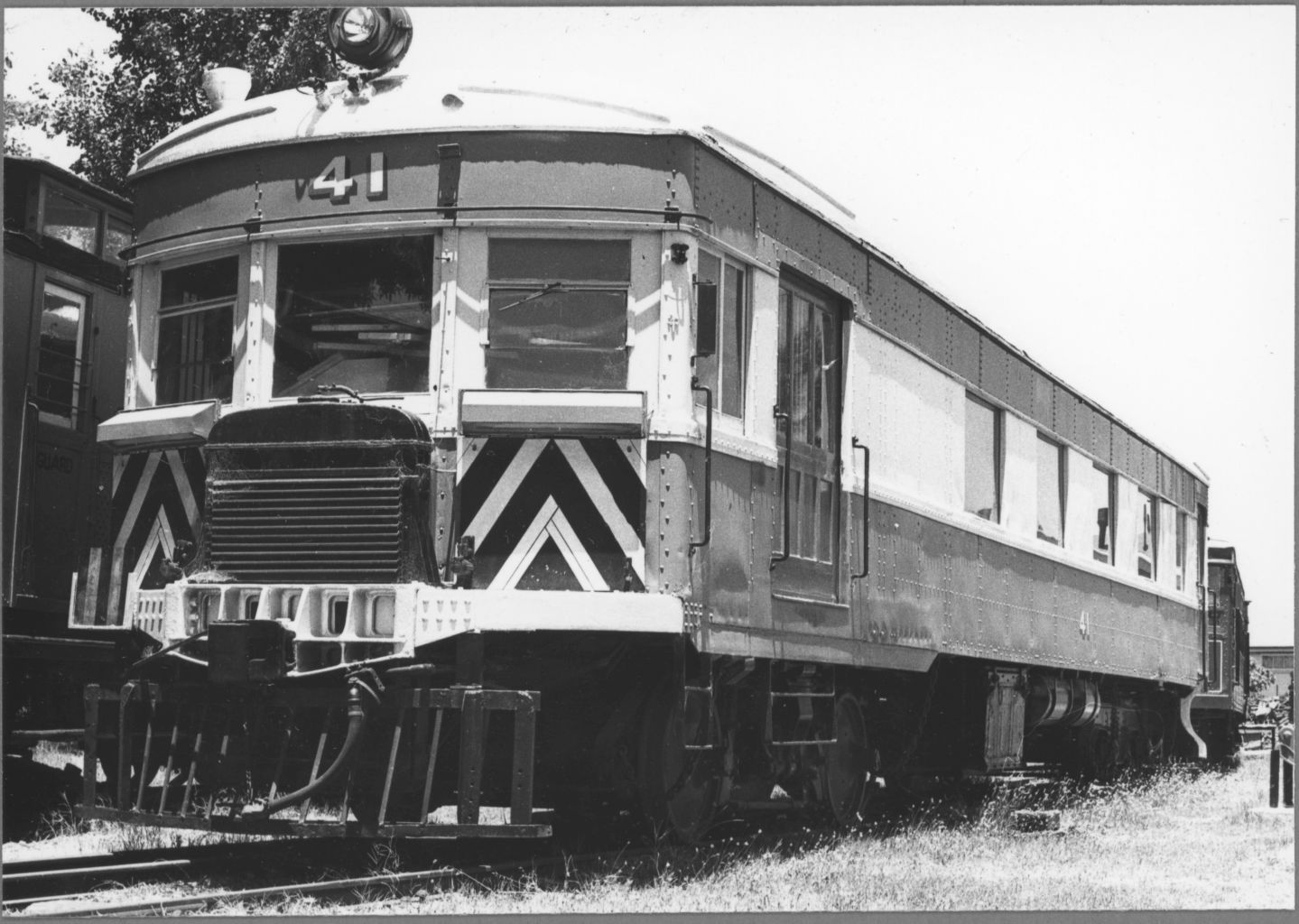 Following the introduction of the Model 55 railcars, Mr. Webb decided to introduce a fleet of the larger Brill Model 75 railcars to take over passenger services on the branch lines where lightly-loaded steam-hauled passenger trains were proving to be quite uneconomic.

The first car, Number 30, was built by the Brill Company in America, but the balance were all built to American plans by the South Australian Railways at Islington. Ultimately, the number series of the cars ranged from 30 to 59 on the broad gauge, with two number 44’s having been built, with the first being sold to the Victorian Railways; and 100 to 106 and 487 on the narrow gauge. A series of trailer cars was also built, being numbered in the 200 series on the broad gauge and in the 300 series on the narrow-gauge.

These rail cars and trailers were used mainly as intended on the branch lines, but were occasionally used on some main line services such as those to Port Pirie, and also on some off-peak suburban services. Regrettably, these cars were renowned for their rough riding qualities.

As built, these railcars seated 61, had petrol engines and a series of small windows similar to those of the 55-class. By the end of their lives, most had seen many changes. Six, including 41, were greatly changed in 1940 by the introduction of high-back semi-compartment type seating, which reduced the number of passengers to 34, and the replacement of the small windows by large main line type windows. These cars were promptly nicknamed the "Milk Bar Cars" because of the high-back seating.

All the railcars lost their petrol engines after 1957. Most received Gardiner 198 horsepower diesel engines in their stead, but 41 was one of three to be fitted with Cummins diesel engines. At the same time these railcars were fitted with remote control equipment to allow multiple unit operation.

During the 1960s the cars were clearly near the end of their economic lives, and there were some plans made to replace them. However, instead of this happening, there were large-scale closures of country branch lines. This resulted in a need for fewer railcars and the more modern Bluebird air-conditioned cars were able to cope on their own. The last model 75 working was on the 13th October 1971, when 46 and Trailer 216 returned to Adelaide from Victor Harbor.

The preservation of 41 is thanks to the generosity of Mr. Graham Bettany who, in January 1973, gave the railcar into the care of the Museum. He had earlier purchased it from the South Australian Railways.