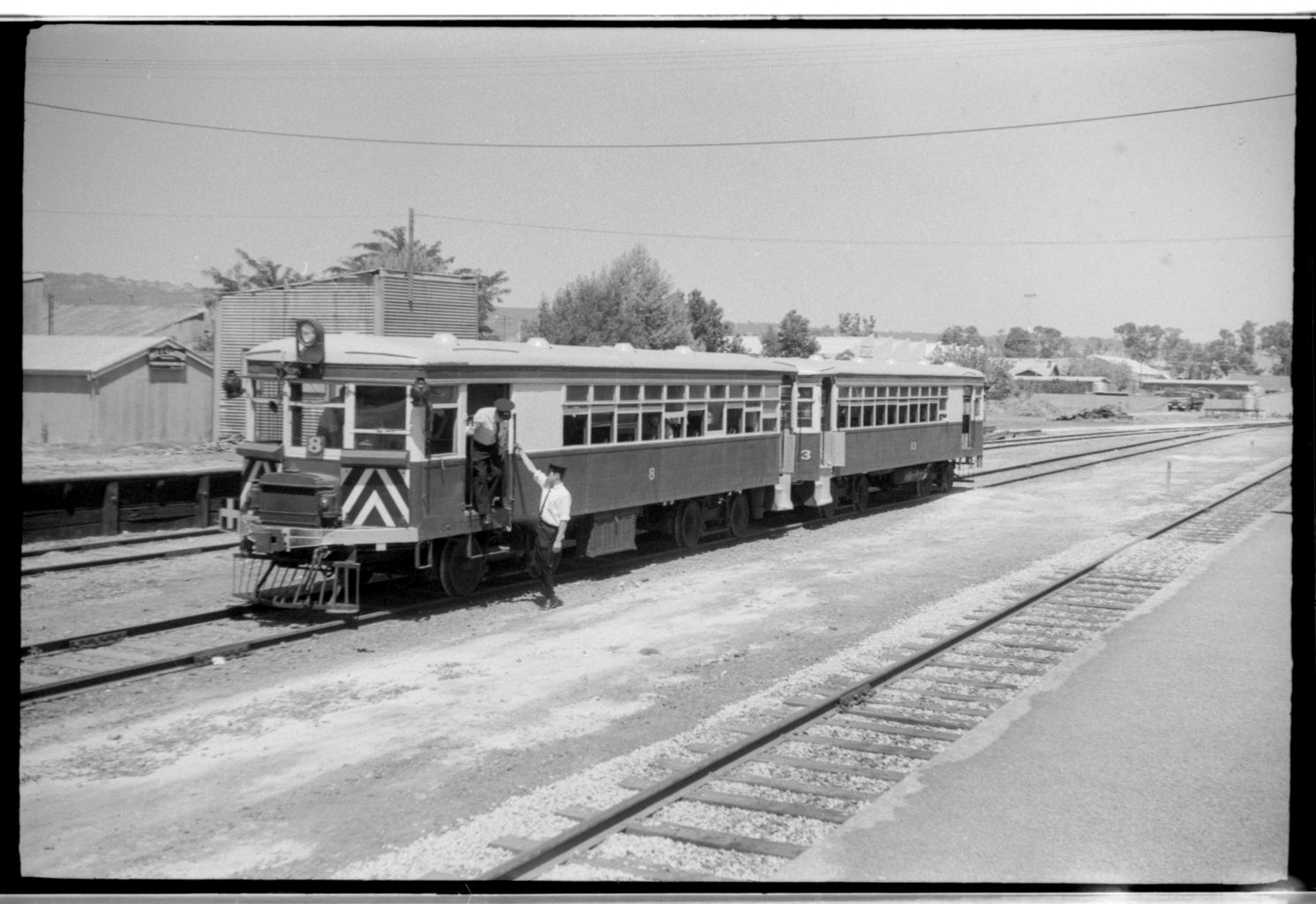 Early in his career with the South Australian Railways, Commissioner Webb decreed that small country passenger trains should be replaced by passenger motors. The idea was not new; there had been the Caldwell Vale railcar that operated between Goolwa and Victor Harbor and a small railcar at Port Lincoln but the scale of the replacement was new.

Mr Webb did not just order one railcar as had been done before, but he initially ordered a fleet of 12 from the Indiana firm of Service Motors. These petrol railcars came direct from the maker’s order book in which they were listed as ‘Model 55’, the name by which they have been known ever since - to distinguish them from the later Model 75 (see Railcar 41). The earlier railcars were not forgotten in the numbering sequence, and the first of these cars was given the road number 4, the remainder of the class going to 15.

The first car to be delivered was painted in a special colour scheme of royal blue and lemon yellow. Others came in the more general colour scheme of lined chocolate. The maiden trip was to Willunga, during which run the car was stopped on the steep grade between Hallett Cove and Reynella, and then restarted to demonstrate to the notable passengers the efficiency of the railcar.

During the 1930s the original 68 horsepower petrol engines were all removed and replaced by Gardiner 102 horsepower diesel engines, except for No. 7, which was given a Deutz 110 horsepower air-cooled diesel engine.

The cars were all built for the broad-gauge, but for a time Cars 4 and 10 were active on the narrow-gauge lines in the South East. During this period they were re-numbered 112 and 111 respectively. Generally, the class saw service on most broad-gauge branches, but were not popular because of their very rough riding. They were later relegated to suburban service, and their last years of service were spent providing the shuttle between Glanville and Semaphore, with occasional trips to the city.

For this service they invariably operated in pairs, using the small automatic couplers with which they had been fitted in 1934. Previously, they had been equipped with small tramway-type link and pin couplers.

There can be no doubt that the introduction of these small railcars paved the way for an immense change in the style of railway branch line operations in South Australia, and may even be said to have been the only way that some lines were able to be kept open for as long as they were. Their introduction marked the end of the country branch steam passenger train, and the beginning of a line of railcars that was to culminate in the luxurious air-conditioned Bluebird some 30 years later.