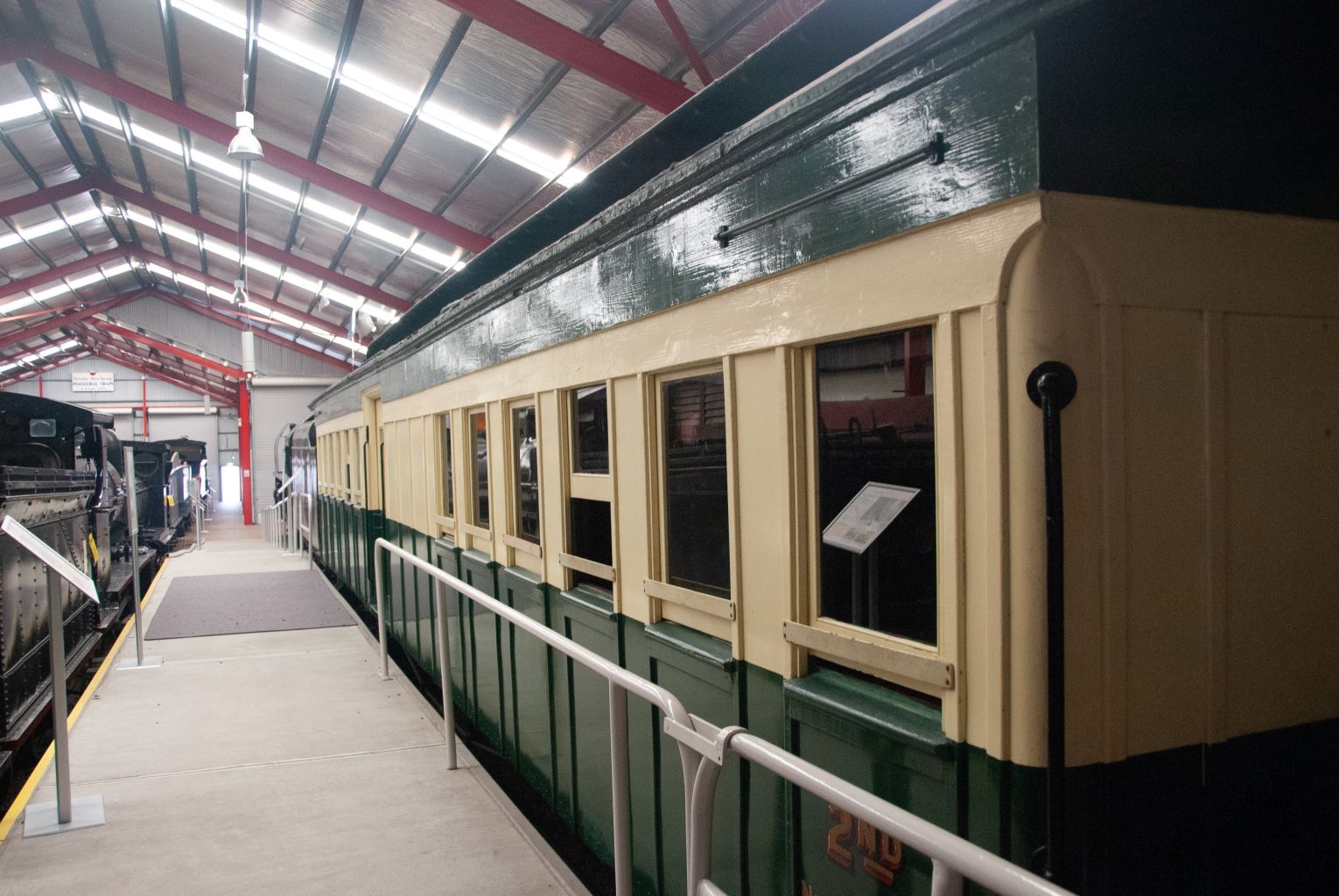 Contract CME. N8/1911 of the South Australian Railways covered the construction of 15 suburban passenger cars for use on the South Terrace line to Glenelg.

Numbered 364 to 378 inclusive, the cars comprised five 1st class saloon cars, five 2nd class saloon cars, one 1st class baggage car and four 2nd class baggage cars, of which 376 was one. The underframes and bogies were constructed at Islington Workshops, and the bodies by A. Pengelley & Company, the 15 cars being placed in service between November 1912 and September 1913.

These 15 cars were a repeat order of 10 similar cars (No. 260 to 269 inclusive, placed in service in 1908 and 1909 on the Glenelg line), which it was stated were to be uniform in appearance with passenger cars taken over from the Glenelg Railway Company. The company cars were shorter in length but had the familiar clerestory roof, end loading steps to suit the ground level platforms and centre buffer couplers. The South Australian Railways cars had these features and incorporated hinged flaps over the end steps to suit high level platforms. No. 376 entered service on 29 August 1913.

The structure gauge of the Glenelg line permitted passenger cars of greater width than the remainder of the System and No.376 and the other cars had a body width of 10’ 6’’ (3.2 metres), with a maximum width over extremities of 10’ 10’’ (3.3 metres).

The Glenelg line cars were the basis for the numerous end and centre-loading suburban cars of which 130 (including baggage cars) were constructed. Of generally similar appearance to the Glenelg cars, the end and centre-loading cars were longer because of the centre vestibule, and their narrower body width, 10’ 0’’ (3.04 metres) gave them greater route availability. However, none of them were constructed originally with ground loading steps, and the standard screw couplings and buffers were fitted.

As issued, No.376 had seating for 56 second class passengers and in common with the other Glenelg cars was altered in 1927 when a lavatory was fitted for country working and standard screw couplings and buffers provided. Seating capacity was reduced to 52. Further alterations took place to No.376 in December 1935, when in a programme to improve the Glenelg cars for country running, high backed seats with baggage racks, automatic couplers and steel step down end steps were provided. The green and cream colour scheme for these cars followed the 1936 Centenary Train. The alterations reduced the seating capacity of No.376 to 43 2nd class passengers, while during 1952 the seating was advised as 19 first class passengers and 24 second class passengers, reverting to all second class again in May 1967.

While saloon Glenelg cars ran to all points where locomotive-hauled passenger trains worked on broad gauge (both suburban and country), the baggage cars such as No.376 generally worked suburban and nearer country tracks (e.g. Victor Harbor and Angaston). However, for a number of years in their later life, Glenelg baggage cars were used in a regular Adelaide-Loxton service, while No.376 was one of the last Glenelg cars in service on Murray Bridge-Tailem Bend local trains until damaged by fire during September 1977, being condemned on 29th May 1978.