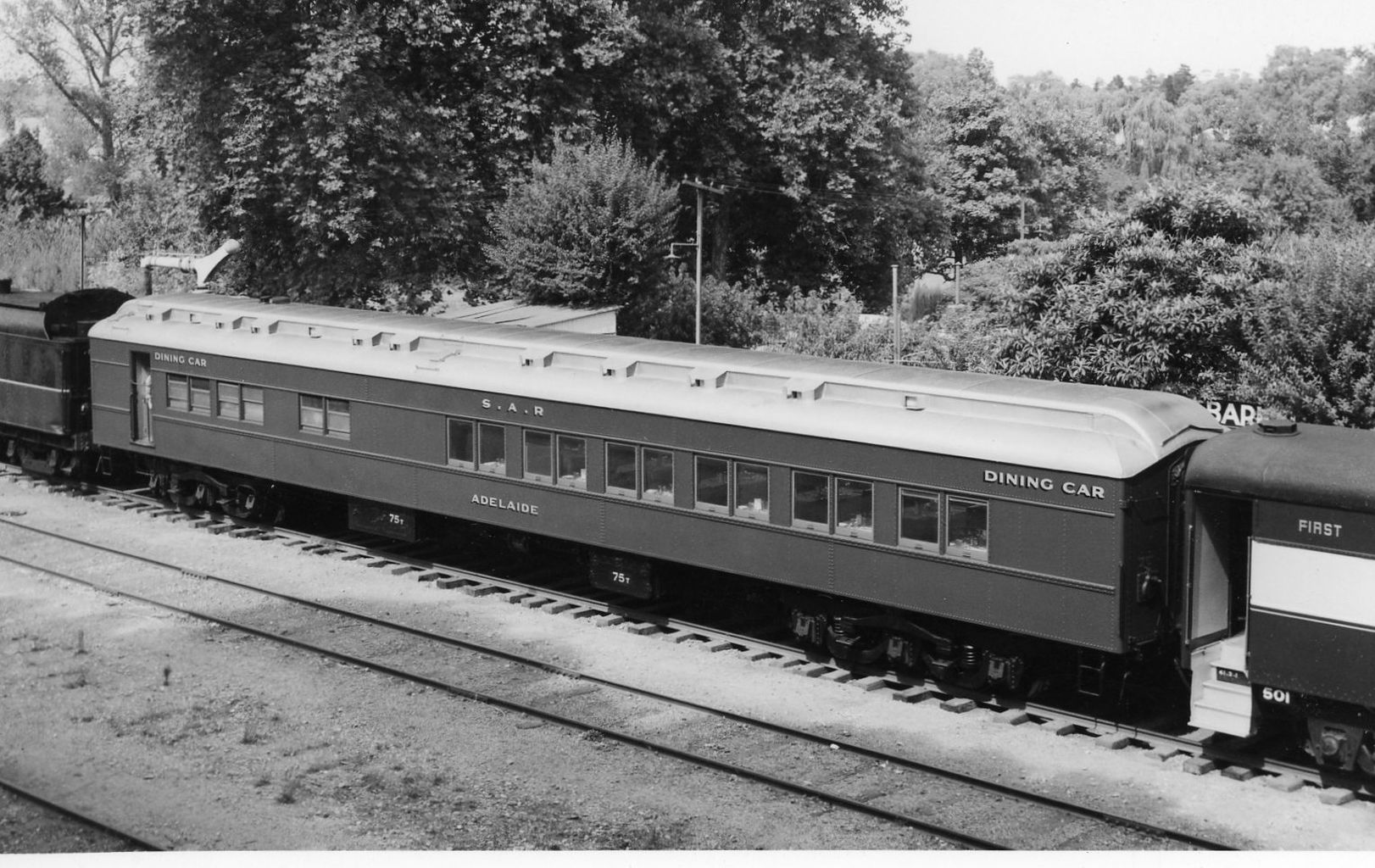 George Pullman must be one the best known names in railway history, for it was he who developed the sleeping car and dining car to a point where they became the epitome of luxury travel. His Pullman Palace Car Company, founded in Chicago in 1867, provided luxury cars for American railroads and the rest of the world.

His first sleeping car, the Pioneer, was built for the Chicago & Alton Railroad in 1864 and its immediate success led to the setting up of the company.

His first dining car, the President, was built in 1867 for the Great Western Railway of Canada. Known as the Hotel Car, it was a sleeping car equipped with a kitchen and pantry, and portable tables which were set up for meals. The first complete dining car, the Delmonico was built for the Chicago & Alton Railroad in 1868.

Dining Car ‘Adelaide’ was ordered from the Pullman Company, along with the sleeping cars ‘Mt Lofty’ and ‘Macedon’ in 1926, for use on the Melbourne Express, and is a typical example of North American carriage building practices of the time. At 75 tons (75,000kg) it was found to be too heavy. Its inclusion in the train consist (then limited to 11 E-cars over the Mt Lofty Ranges) excluded the use of two standard cars and therefore proved uneconomical. It nevertheless saw service from time to time, and became a favourite on enthusiasts’ trains in the 1960s and 1970s.

When Australian National took over South Australia’s country services in 1978, ‘Adelaide’ remained under the ownership of the State Transport Authority who leased it to the museum. It was placed in the museum on the 6th September 1988.