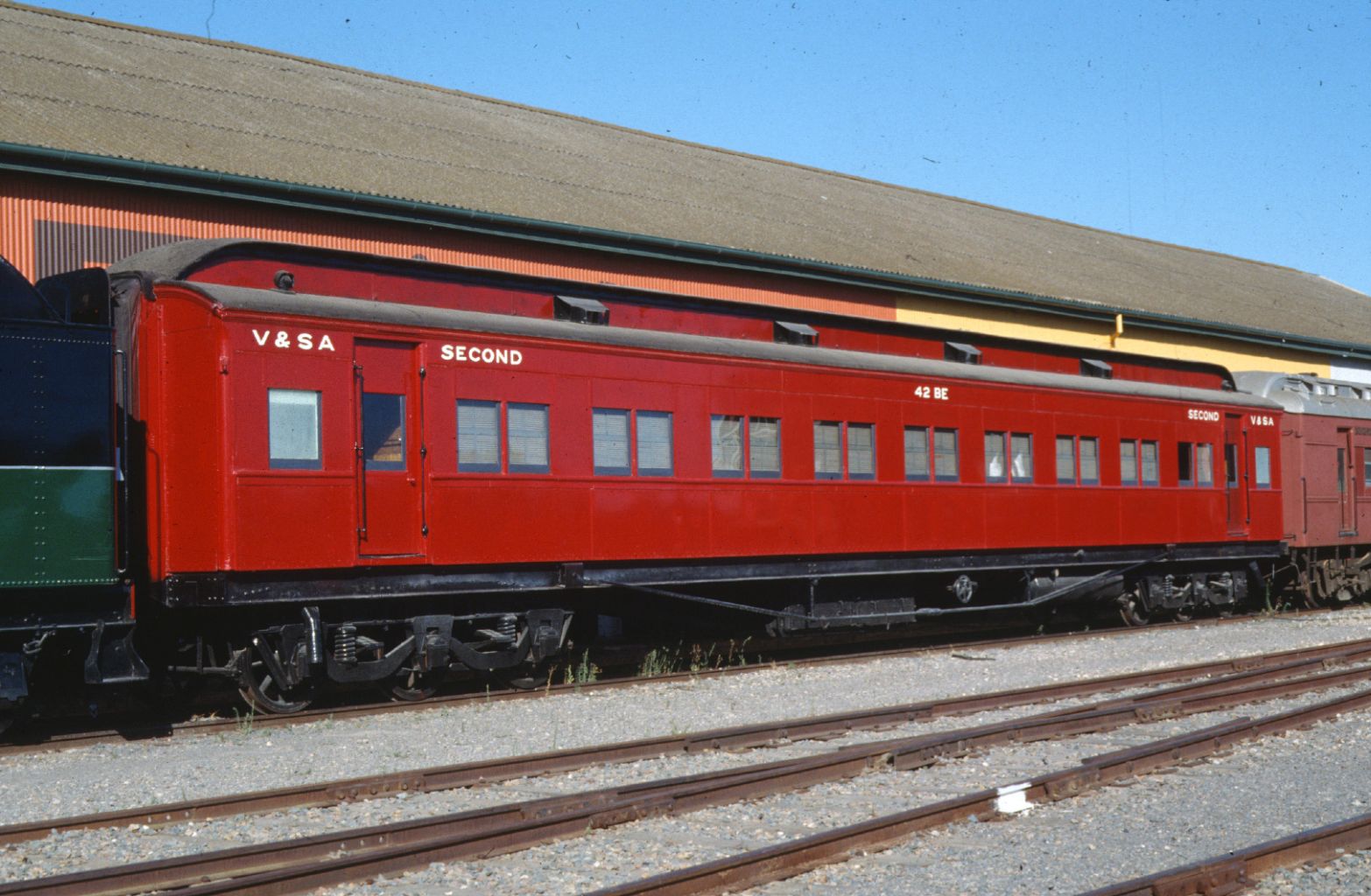 In the early 1900s a rolling stock programme was agreed upon between the Victorian and South Australian Railways to provide more modern and considerably larger passenger cars for use on the express trains between Adelaide and Melbourne, to replace the original jointly owned cars placed in service between 1886 and 1890.

Between 1906 and 1923 a total of 44 vehicles of matching design were constructed at both Newport and Islington Workshops. The complement comprised 14 first class sleeping cars, 10 first class sitting cars, 10 second class sitting cars, 6 brake vans, 2 mail sorting vans and 2 mail baggage vans. After the initial construction between 1906 and 1908 of 4 sleeping cars, 6 each first and second class sitting cars, 4 brake vans and the mail sorting and baggage vans, the 1907/1908 South Australian Railways Report stated, ‘The new express train, as a whole, so far as accommodation is concerned, forms one of the best in the Commonwealth, and is probably equal to any other train in the world’.

Alterations to the passenger carrying cars were few during their life, although the cars built between 1906 and 1908 originally had gas lighting while all cars and vans had underframe alterations for the fitting of automatic couplers in the mid-1930s. Also, for the 1936 Centenary of South Australia, the joint stock vehicles were painted green and yellow with black horizontal lining, this colour scheme being maintained until construction of the air-conditioned cars in 1949. The title ‘The Overland’ in chrome plate letters was affixed to the letter board on each side of the passenger carrying cars when the green colour scheme was introduced.

BE42 is one of the later second class cars and was issued to traffic from Islington Workshops on 29th October 1923. It is one of two jointly owned passenger carrying cars which had steel protection panels affixed over the original tongue and groove timber exterior sheathing (the ‘Onkaparinga’ was the other car and the ‘CE´s’ and ‘D’ vans had partial sheathing).