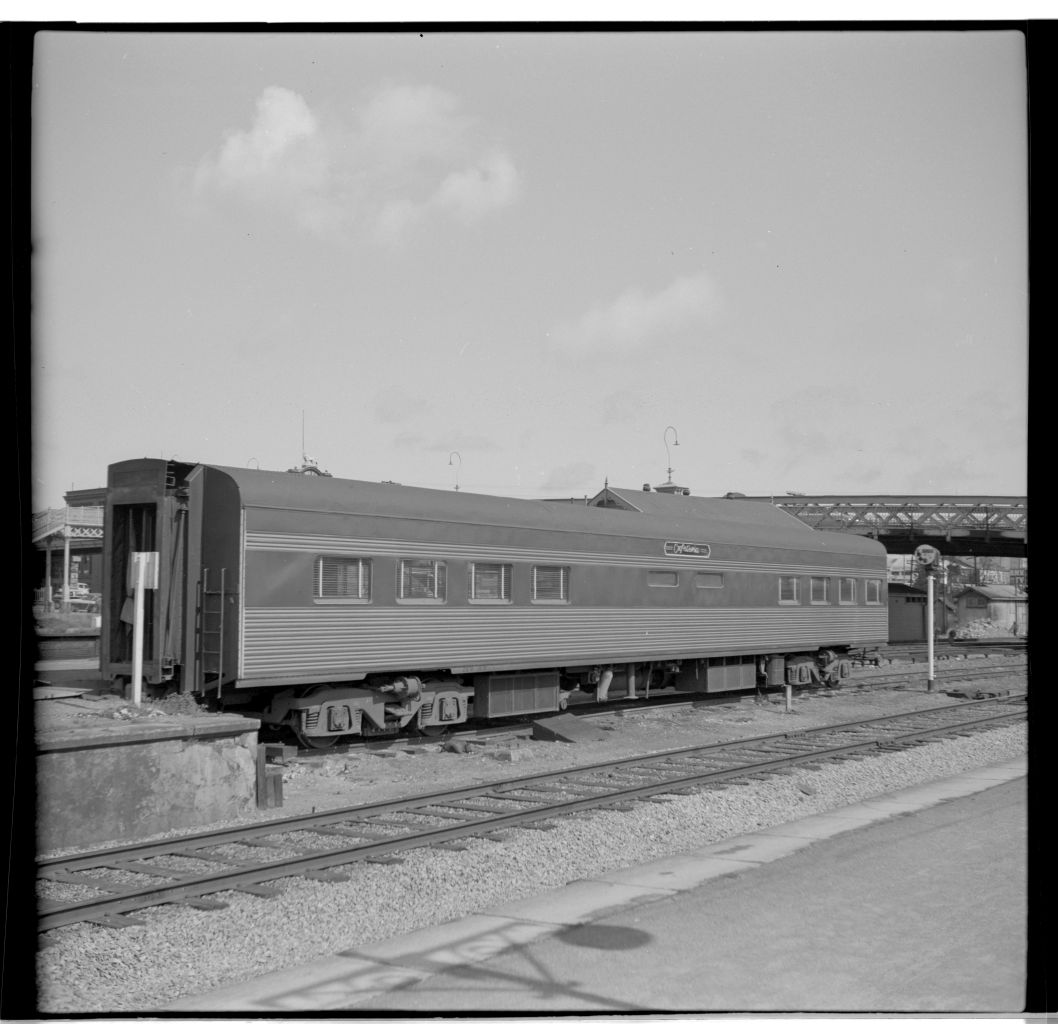 Built by the South Australian Railways at the Islington Works in 1947, the broad gauge Cafeteria Car was the first of a new generation of passenger vehicles introduced to the State. It spent most of its life on the ‘East West Express’ between Adelaide and Port Pirie enabling the elimination of the traditional refreshment stops. After a few years on hire to the Victorian Railways, it was withdrawn in 1984 and stored until purchased by the museum in very poor condition. A major refurbishment, costing many thousands of dollars, restored it to its authentic 1940s decor.