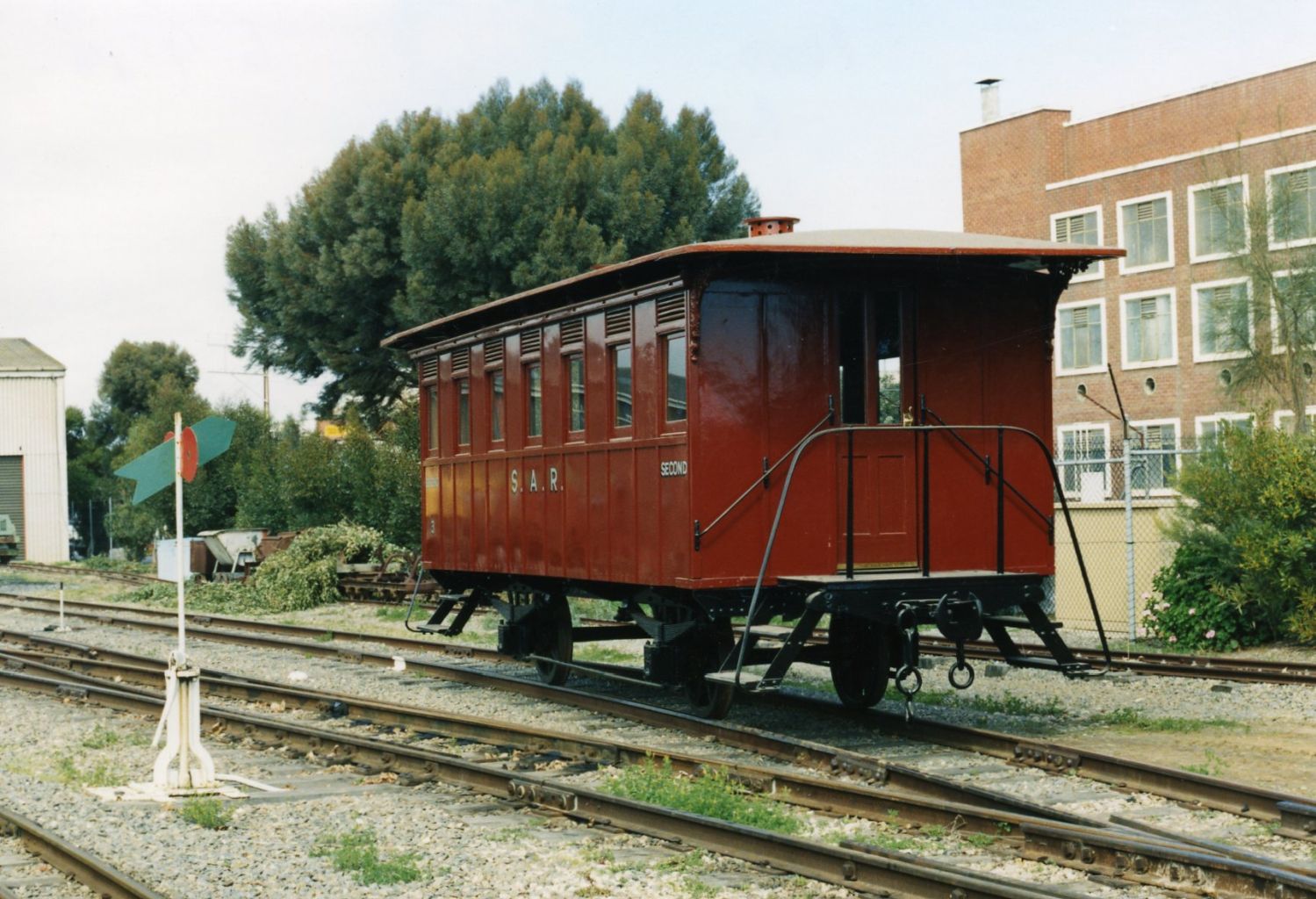 Number 3 was issued new to the Port Pirie section of the narrow gauge line, and spent all its working life on the northern sections. After conversion to a departmental van, it was to be stationed for a long period at Quorn, and also used on the Great Northern line to Oodnadatta.

The bogie coaches came fairly soon afterwards, and short vehicles like this one were relegated to a secondary place on the main line. Thus it is not surprising to learn that by 1892 it was no longer purely a passenger car, but had also been provided with accommodation for Enginemen. By 1895 the records show that Number 3 had been equipped with sleeping accommodation but it is not known whether this was an additional modification, or whether it was part of the original change that allowed the carriage to take off-duty Enginemen.

In September 1911 the carriage was finally taken off the passenger list, leaving only four still in passenger service. However, the type was to live on for a while, for one of these remaining four was still to be in service well into the 1920s, as were a number of short brake vans for passenger trains. This was not to be the end of Number 3´s active life, though, as it was then converted for use as an employees’ sleeping van, and was reissued as Number 4884 in the goods rolling stock series. In this role it was to continue to see service until 1966, when at the grand old age of 89, it was finally withdrawn from all service.

This exhibit is the oldest in the Museum, and qualifies as the oldest carriage preserved in South Australia. The car has been beautifully restored by Museum Volunteers to its original layout.