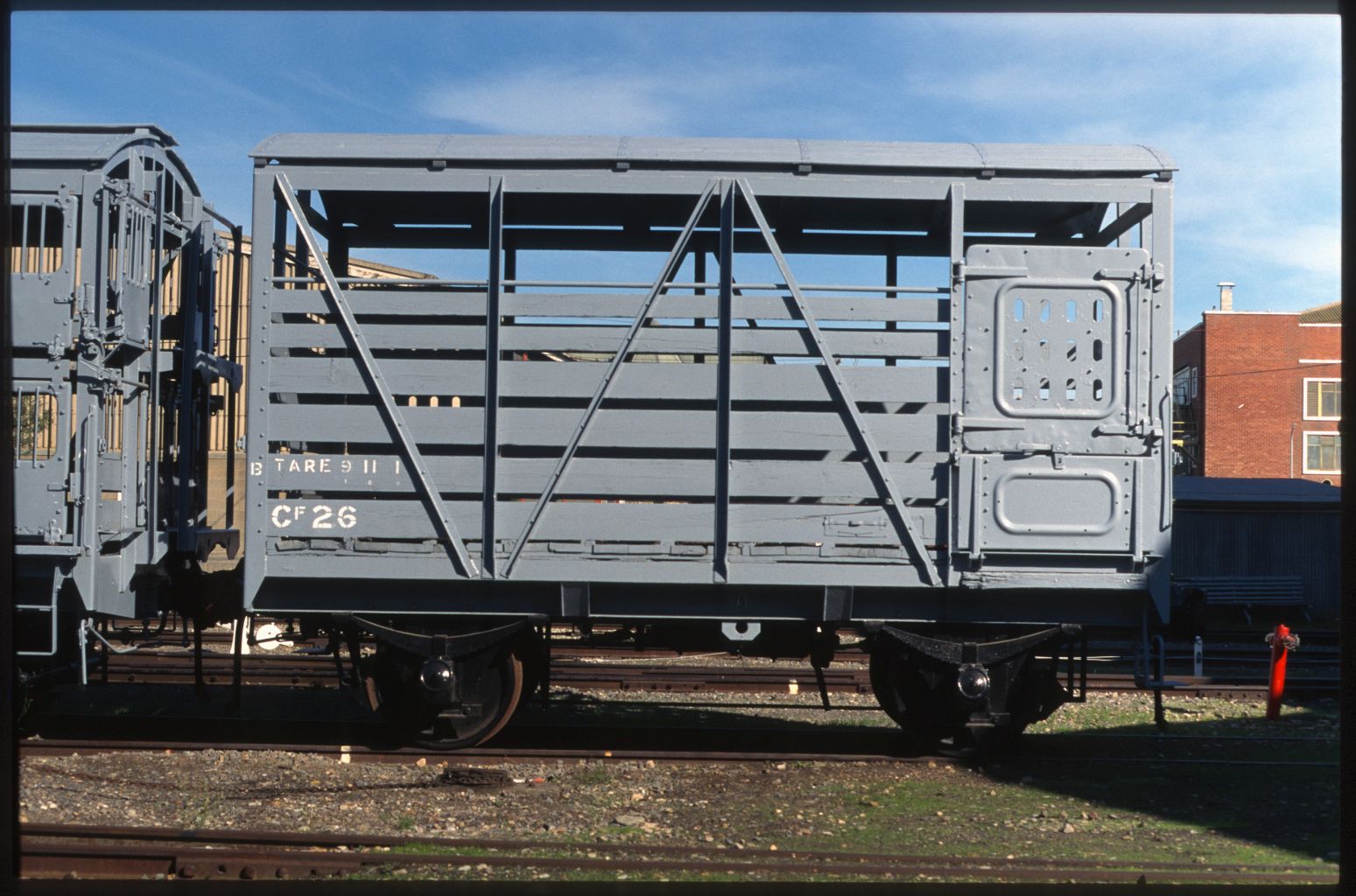 Like the Sf-class, the Cf-class was a 4-wheel version of larger bogie vans built in 1929. As with sheep the need arose for vehicles in which smaller numbers of animals could be shipped, and the first Cf van was placed in service in October 1953. The 100 vans of this class were unusual in that all wooden components were produced by the Islington Workshops while the steel underframes were manufactured by the Perry Engineering Co., Mile End. All passed into Australian National ownership in March 1978.