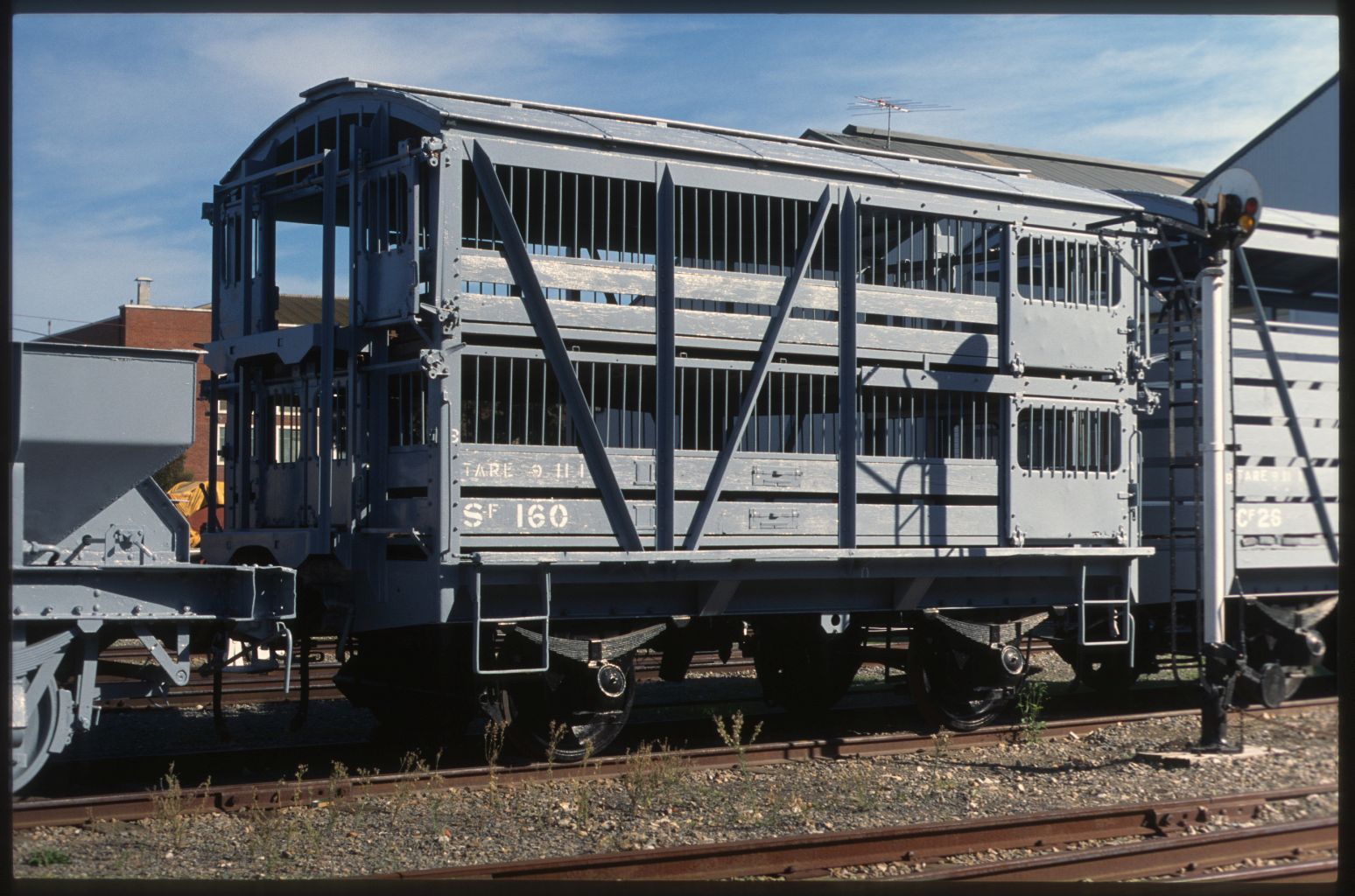 This class of van is a 4-wheel version of the S-class bogie sheep vans which had been introduced in 1930. The 180 Sf-class were built between 1938 and 1953 at the Islington Workshops, and with a capacity of 80 sheep, provided the means by which farmers could ship smaller numbers of sheep - 40 per deck.

The museum’s vehicle, No.160, was placed in service in December 1952, taken into Australian National stock in March 1978, and condemned on 23rd November 1982. It was placed in the Mile End Railway Museum on 24th January and sent to the museum on 5th June 1987.