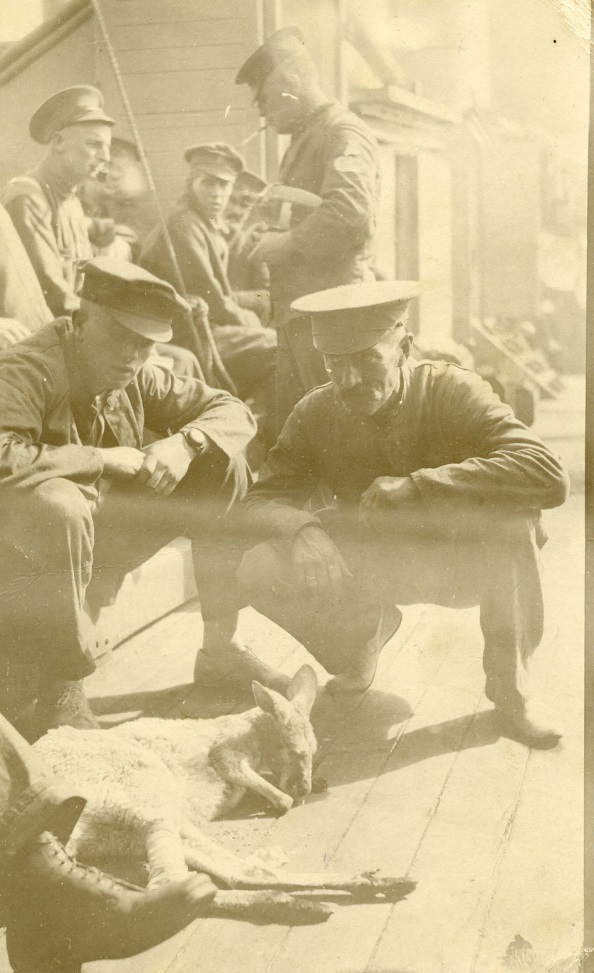 At the advent of World War One, people from all walks of life were asked to take up the call to arms and serve their country. Railway men were no exception. Hearing the call, a large number of railway employees sailed overseas to fight, protect, and utilise their skills on international railways.

The trip wasn't easy. Sailing anywhere from Australia was no short journey and this particular journey was guaranteed to last at least two weeks. Many of the ships were not designed to comfortably accommodate passengers, but were in fact modified freight carriers, which meant two weeks of cramped quarters and nowhere to go if the men didn’t get along. Soldiers would do what they could to make this journey easier. On the HMAT Afric A19, a kangaroo was taken on as a pet. (see image)

As the War continued, the rules changed. Height requirements were lowered and age restrictions were raised. For those who wished to work as railway men overseas, it meant they could do so up to the age of 50. They sought glory, as it was seen as the 'railway war', a war in which other methods of transport simply could not match up to the speed of trains. However, not all men from the railways were placed in railway divisions. Most served as part of the Australian Infantry Force, or as members of Field Ambulances.

In some Australian states, such as New South Wales, railway men were lucky enough to not need to resign from their jobs to go to war. Instead, they retained their railway position, and were given leave to serve the country. In addition, if their military wages were less than their existing railway wages, the difference was paid into a trust fund, or to their dependents in Australia.

In the later years of the War, there was an increasing need for railway men to enlist, specifically as part of Railway Companies due to the increasing maintenance needs of the overseas railways. However, this created problems for those who had chosen to stay at home. As the jobs of those who had gone to war were not filled by others, those who stayed in Australia were given far longer working hours, often to the point where they were unable to maintain them. As such, they fought against growing talks of conscription, fearing it would make their lives even more difficult. This was only exacerbated by the number of men who returned injured, unable to continue their careers, or those who did not return at all.

Those who fell on the battlefield were buried there, and those who died on the return journey were buried at sea. It is unknown how many of the men who were buried overseas have been repatriated.

Researching South Australia’s railway men who served in World War One brought to light many who had received awards while serving. As the research on railway men continues, it is expected that more acts of bravery will be discovered, but for now, enjoy some stories of valiant railway workers. 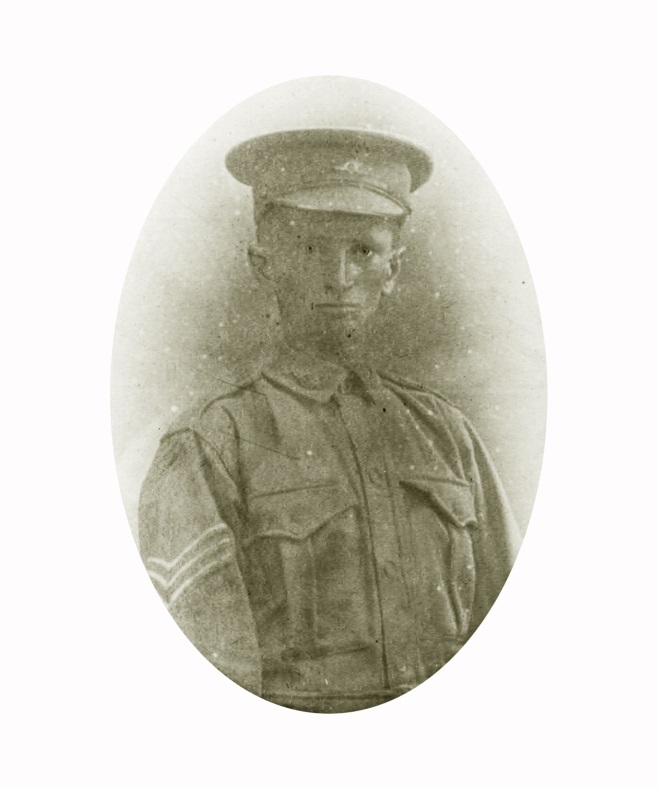 Cecil Norman Patterson
(National Railway Museum Australia collection)Cecil Norman Patterson was a civil servant from Adelaide who worked for the South Australian Railways. He was awarded the Military Cross for gallantry and devotion to duty. During operations east of Messines in June 1917, he was wounded, but continued to move with his company to complete the objective. He refused to leave until ordered to do so by his commanding officer, and once he had left went to the battalion headquarters to request permission to re-join his company despite his wounds, but was refused and was told to report to the ambulance. His courage and devotion to duty ensured the success of his company, and his determination to continue supporting them despite his wounds was admirable. However, Second Lieutenant Patterson was not able to enjoy the Military Cross for long, as he was tragically killed in action in September 1918. 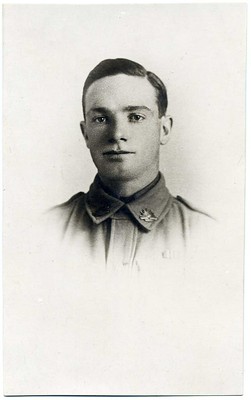 Engine cleaner Oliver Leonard Sims, from Norwood, was awarded the Military Medal in 1917, and in 1918 received the Bar for the Military Medal for services rendered. In 1917, he displayed great bravery in the search for the Left Regimental Aid Post at Glencorse Wood, pushing through heavy enemy fire in the dark to find them. He and his squad brought back a wounded man, and then guided more stretcher bearers to bring back more wounded soldiers. At Bellicourt in 1918, he demonstrated further devotion to duty when he carried many men continuously through enemy gunfire and through gas, working for around 36 hours without rest to bring several Australian and American men to safety.

The Military Medal was awarded to railway clerk Ernest Edward Stolz for his acts of bravery in 1917. He displayed gallantry and devotion to duty during the operations to the east of Ypres in October of 1917. Stolz was in charge of a bearer squad, and during the evening, was called to clear a temporary congestion of wounded at a Regimental Aid Post. He immediately took his squad forward through heavy barrage and worked until the post was cleared. In doing so, he had to pass twice through the barrage. His endurance and bravery throughout the October operations were a fine example for the other soldiers. His receipt of the award was announced in the Observer, 7th December 1918.

Francis Victor Thomas
(Image courtesy of Phil Sullivan)Francis Victor Thomas was a carriage maker from Prospect. He was part of the 3rd Australian Divisional Train, whose main role was to ensure that their connected units were supplied with all the food and ammunition necessary. In 1918, the need for supplies was very great, and exceptional stress was placed on those who were delivering them. Thomas, despite this extra stress, ensured that every unit received their supplies, culminating in him being awarded the Meritorious Service Medal for excellent performance of his duties. 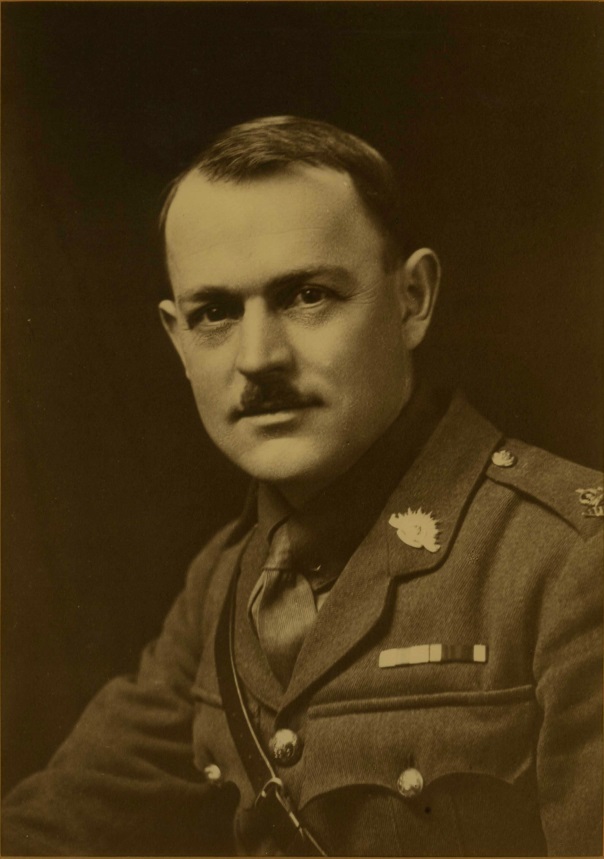 Stanley Holm Watson
(National Railway Museum Australia collection)Major Stanley Holm Watson was a railway draughtsman from Plympton. He received several awards for his services during World War I. In 1916, he received the Military Cross for devotion to duty, ensuring that communications cables were handled correctly while under fire. In 1917, he was awarded the Distinguished Service Order for similar actions in the Somme, once again ensuring that communications ran smoothly despite constant shell fire and heavy casualties. His daily supervision ensured effective communications. He was mentioned in despatches several times, and was also awarded the Serbian Order of the White Eagle, Fifth Class for his distinguished services during the Mediterranean Expeditionary Force campaign.