August 1919 marks 100 years since the first of the Commonwealth Railways (CR) KA class locomotives entered service. During the steam era, it was normal practice for the CR to select an existing proven engine design rather than develop their own. Initially they adopted the New South Wales Railways (NSWR) designed T (D50) class as their standard heavy goods engine, and placed an order with the North British Locomotive Co., England, on 11 March 1915 for 8 engines that the CR designated the K class. The CR increased the cylinder diameter by an inch to 22 inches, lowered the boiler pressure by 10 lbs to 150 pounds per square inch and fitted each engine with a superheater. Externally there were few differences, the automatic couplers and cowcatcher being the most significant.

Following the order for the initial 8 K class locomotives, the CR decided that an additional 12 goods locomotives would be required, but selected the slight variation offered by the NSWR TF (D53) class as the basis for the second order which they designated the KA class. The KA class was a close copy of the TF except that they also had their cylinders enlarged to 22 inches, and the boiler pressure reduced to 150 lbs p.s.i. The KAs were all saturated engines, although those built by Perry were fitted with superheaters during the Second World War. There is conflicting evidence as to whether the KA class engines were all fitted with superheaters and some sources suggest that the Walker engines were fitted with superheaters when delivered or soon after delivery.

The Commonwealth Government placed orders for 26 KA class locomotives in April 1915, despite the Commonwealth Railways acknowledging that they only need 12 for project traffic volumes. The order increase came about as the result of petitions from local builders who wanted more local construction work. Two contracts were placed, one for 20 locomotives from Queensland based Walkers Ltd. The other contract, for 6 engines, went to South Australian firm Perry Engineering.

Wartime shortages of materials caused delays in manufacture by both builders such that by the time the railway opened not one of the 26 locomotives had been delivered. The last of the engines went into service 3½ years later than the original expected delivery, but by then the Trans-Australian Railway had an over-supply of goods motive power so a number of KA class locomotives were placed in storage. The upsurge in traffic associated with the Second World War resulted in the re-commission of a fair number of the stored K and KA class engines. During the 1942-1943 period some of these engines were fitted with a new type of smokebox door and funnel, incorporating improved spark arresting gear, baffle plates and blast pipe. 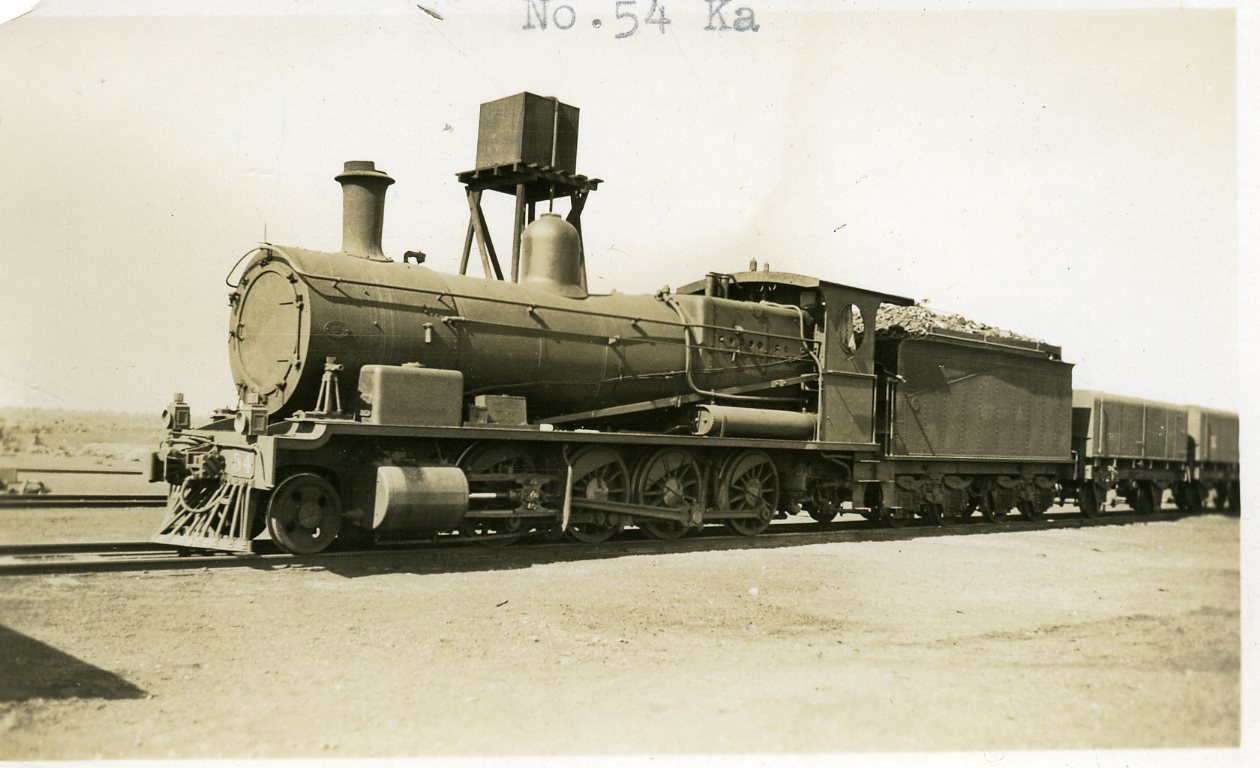 Following the decline in war time traffic a number of these engines were again withdrawn from traffic and stored pending disposal. The remaining Ks and KAs were utilised for all goods traffic. The introduction of the mainline GM class diesel‑electric locomotives completely replaced this group of engines during 1951-1952. All but a few of the KA class engines got scrapped in the late 1950s, with the last engines being scrapped in 1961.